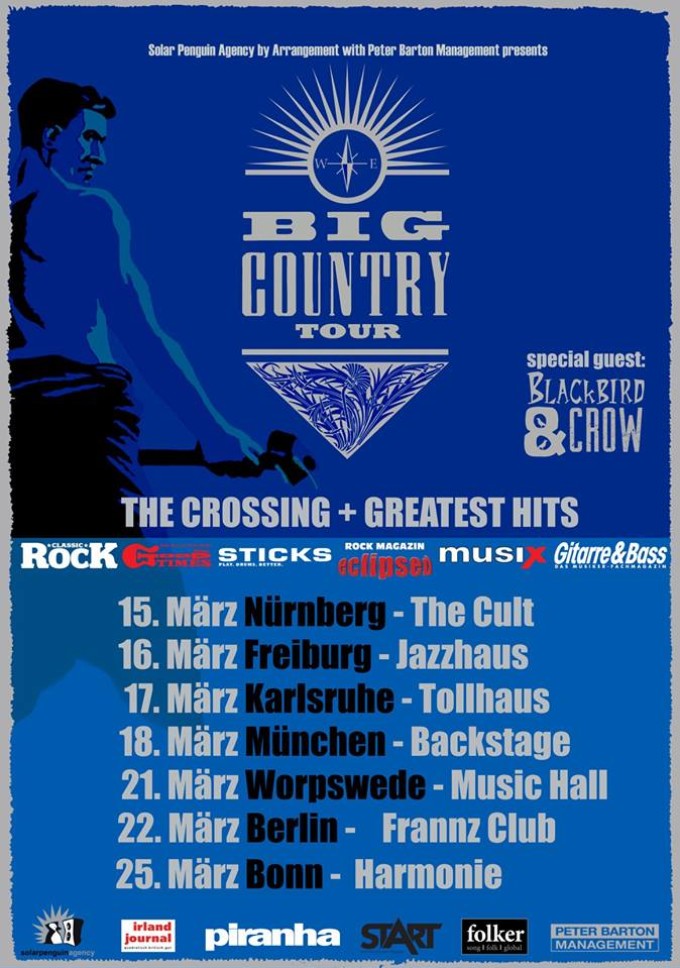 The irish newcomers BLACKBIRD & CROW just announced that they finished working on their new album, and now we got another great news. B&C are going to support their scottish colleagues of BIG COUNTRY on their tour through Germany and the Netherlands  in March 2019. This is the first Tour for Blackbird & Crow outside of ireland!

It reads like a fairy tale. Ev Kriegel found in her husband’s estate many tape boxes with partly unreleased music by Volker Kriegel from his various creative phases. The first idea was to make these treasures audible again only for private use in the circle of friends. But after the tapes were digitally transferred and lovingly remastered, it was quickly clear what a treasure came to light. The circle of END_OF_DOCUMENT_TOKEN_TO_BE_REPLACED