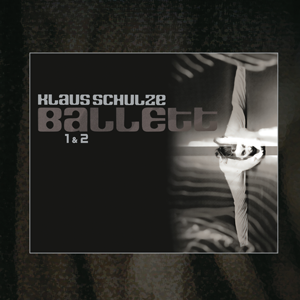 Presskit PRINT (2.3 MiB, 1 hits)
You do not have permission to download this file.

Presskit WEB (917.5 KiB, 0 hits)
You do not have permission to download this file.

“Apart from „Ballett 1 & 2“ the „Contemporary Works 2“-box also contained “Ballett 3” and “Ballett 4” (to be re-released by MIG later 2017). These four pieces were originally intended to be one composition in honor to my mother who had been a ballet dancer and had died in 1998. I never assumed that the ballet would be performed with dancing. Then I would have to cut down to about 15 or 20 minutes and would probably have to throw away all my favorite parts, which would be quite difficult! The music could have had another title but since it was the first production I did after the death of my mother, I called it “Ballett” and just numbered the four parts.

Cellist Wolfang Tiepold’s contribution to the track “Agony”, he developed himself, which is why I gave him a compositional credit. I first met Tiepold in the summer of 1978 during the production of “X” in Panne-Paulsen studios, Frankfurt/Main, where I had previously recorded “Moondawn” (1976). For “X”, I really wanted an orchestra, but most of all a cello. Eberhard Panne knew Tiepold from his recordings with the Hessian Radio Orchestra that have been made at Panne-Paulsen. He called Tiepold, we talked and then he came in and performed brilliantly on “Heinrich von Kleist” (“X”, CD2, track2). He also conducted the orchestra, because the conductor wasn’t able to manage the musicians while keeping in time with my sequencers. So Tiepold in some ways saved “X” for me. Since then he is my special cellist and whenever I need a cello, I call Tiepold.

Because of the cello, the songs of course have a slightly classical feeling. But: No! Though I like to connect electronic music with classical sound and structures, I won’t suddenly start to compose “classically”. Just as I won’t publish the many poems I had written before doing my German studies, or exhibit Sunday paintings like McCartney – never mind the fact that I can’t paint. I will also never write an autobiography; I stick to that which I’m good at. I never had any hobbies besides music, whether it be painting or writing. I always made music, as if focused on one thing only.”