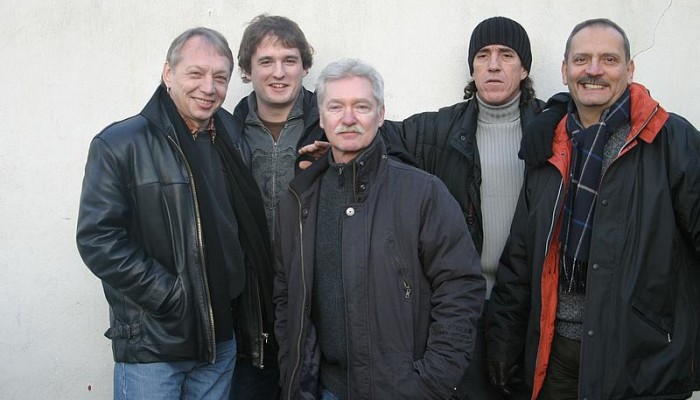 In the 1970s, the Berlin based rockgroup Karthago achieved great successes and “belonged to the elite of the German rock scene” (Hamburger Abendblatt). Foreign music magazines, like “Sounds UK” or “New Musical Express” expressed similar views, calling Karthago “The best German rock band of the 70’s” (NME). In 1978, Karthago split up for the first time. In 2003, the band reunited with the three original members Joey Abrecht, Ingo Bischof and Tommy Goldschmidt together with the Uruguayan Rolo Rodriguez (dr) and his son Chris (b).
Now at last, the complete Karthago concert at the WDR „KRAUTrockpalast“ from December 21st, 2004, comprising 13 tracks, can be enjoyed again – both acoustically and visually. Just like good wine, the musicians of Karthago have become more mature over time, because “by now we had put aside certain profile neuroses and got along with each other much better. We worked much more professionally than back then. Now it was all about the project, certain things were necessary and they had to be done. You never stop learning, and at the moment itself you just can’t tell at which point you are” (Joey Albrecht, 2004). The CD/DVD box set will be available in stores as of June 25th 2021.