Goodbye to THE AMAZING RHYTHM ACES 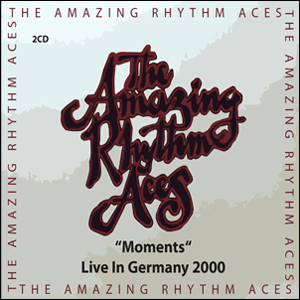 On 12th July 2019 Russell Smith, leadsinger and guitarist of the American country rock band The Amazing Rhythm Aces sadly passed away. After that, Billy Earheart, head of ARA along with Russel Smith, announced the definite end of the band. The country rockers take leave from their fans now with a fantastic live recording from the club “Moments” in Bremen/Germany, which was recorded on March 20th. in the year 2000 by the German radio station Radio Bremen. In the line-up of Smith, Earheart, Jeff “Stick” Davis (ex- Burrito Deluxe, John Mayall), Bryan Owings (ex- Burrito Deluxe) and Fred James (ex- The Burritos, Flying Burrito Brothers) the five Grammy winners pull out all their stops once again and offer their Americana rock at its best for almost two hours in front of an enthusiastic audience, including the big hits “The End Is Not In Sight (The Cowboy Song)”, “Third Rate Romance”, “Dancing The Night Away” and of course “Amazing Grace (Used To Be Her Favourite Song)”. 111 minutes, which even 20 years later still sound amazingly fresh and fit perfectly into the current Americana/Roots scene. An honourable and also a bit melancholic farewell with final greetings from Billy Earheart to his long-time companion Russel Smith and to their fans for over 45 years of loyalty.