New Collectors Premium of GEFF HARRISON out on July 21, 2017 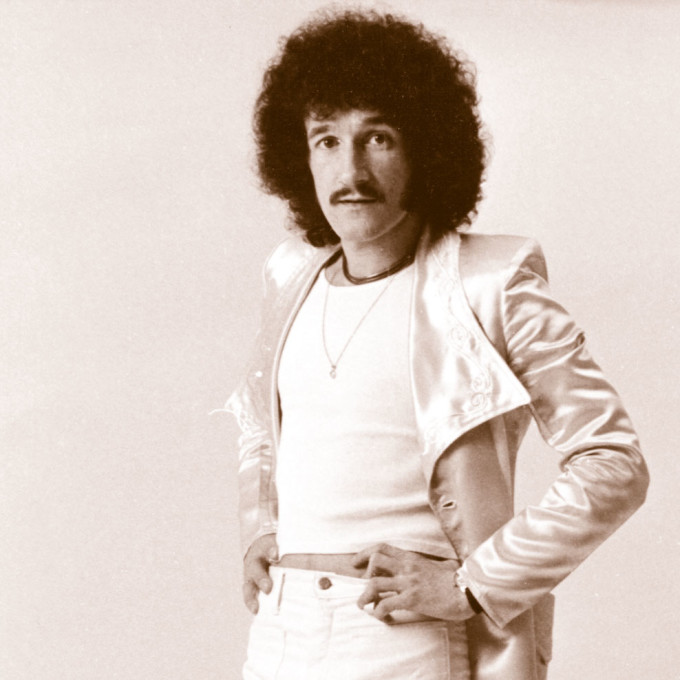 In Mannheim, GEFF HARRISON had found his musical home in the early 70ties with the band Twenty Sixty Six & Then. His next stop was with their Mannheim competitors KIN PING MEH which Geff also left in 1976 in pursuit of a solo career.

He stayed true to the Nova label where he released his first solo album titled “Salford” paying homage to his hometown in the Northwest of England. His version of the Dave Davies classic “Death of a Clown” was released as a single. Rotating primarily on the turntables of Dutch, Belgian, French and German radio stations, the track jumped to Top 10 positions on pirate radio stations.

One year later, GEFF HARRISON made his dream come true – to collaborate with a big orchestra. Ralph Siegel and his label Jupiter Records secured the financial side of the project. Trevor Jones who had also worked before with the Moody Blues produced. Responsible for the sound at the Advision studios at London’s west end (Yes, ELP, T. Rex had also recorded their albums here) was Tony Taverner. “With the LONDON SYMPHONIC ROCK ORCHESTRA had both of them not only put the perfect orchestra at our side to realize our bold ideas”, remembers GEFF HARRISON. “The rest of the crew was also cream of the crop. They were all colleagues from bands like Back Door, Grease Band or The Sensational Alex Harvey Band. Wonderful musicians but unfortunately I cannot recall every singular name. And at that time nobody considered to mention them on the cover.”

Not only did GEFF HARRISON and Trevor Jones in London work musically complex, also financially. Geff Harrison & The London Symphonic Rock Orchestra evolved into a true feat for the Munich label Jupiter. The production cost totaled a six-figure sum at the end, at that time an overwhelming amount. While label boss Ralph Siegel still wrangled with the end product (Harrison: “For him, the album was not commercial enough”), the music media reacted in a positive way.

The teen mag “Bravo” wrote i.a. “I very much liked Geff Harrison as the singer of Mannheim band Kin Ping Meh. But now he is top notch… and here, with his rough and scratchy voice, Geff could even be a worthy competitor to Chris Norman.” “Pop/Rocky” claimed: “The album is a huge hit!”

It has always been important for Geff Harrison to be present on Europe’s stages. To go on tour with the London Symphonic Rock Orchestra plus a band would have been too expensive. That is why the busy Brit went into the studio for a second time in 1977 to record with his GEFF HARRISON BAND the album “Together”. This long player was also released by Jupiter Records. “With the GHB was my Mannheim family at the start again. Basically, we were the very first sons of the town”, says Geff with a smile.

Chris Klöber and Allan Wroe, the true companions of Kin Ping Meh, were on board again. Guitarist Peter Oehler of Nine Days Wonder and drummer Astor Astor completed the quintet. From then on the GEFF HARRISON BAND was constantly on tour and also played a sold out show in the East.

Both of these albums from 1977 are now in the 2-CD-set of the new Collectors premium which will be out on July 21, 2017, containing previously unreleased bonus material and detailed liner notes – as usual with MIG product – carefully digitally remastered.