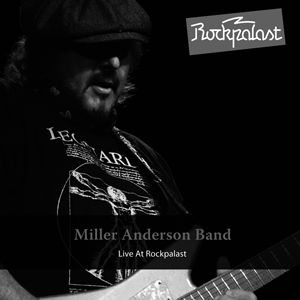 MILLER ANDERSON has played on some of the greatest stages in the world with some of the biggest acts. He was at Woodstock as the Singer/guitarist with The Keef Hartley Band, playing just before Santana. Sadly, due to a bad managerial decision, the Hartley Band’s performance was not filmed.
He made five albums with Hartley before leaving to release his first solo project ‘Bright City’ followed by ‘Hemlock’ which also became the name of his new band.
A few years later MILLER joined forces with Kim Simmonds and Stan Webb as Savoy Brown releasing one album ‘The Boogie Brothers’. It was this line up that toured all over the United States with Deep Purple and selling out Madison Square Gardens.
Over the next few years he played with Mountain, The Dukes, T Rex, The Donovan Band and was a member of The Spencer Davis Group for over fifteen years.
In 2003 Kris Gray tempted him back into the studio to record his first solo album in thirty years, ‘Bluesheart’ that featured a guest appearance of Jon Lord (Deep Purple) on a couple of tracks.
Then in 2008 after MILLER and Kris worked together on a Chris Farlowe album with keyboard player Frank Tischer, the MILLER ANDERSON BAND was born and they recorded a new album ‘Chameleon’ with Paul Burgess on drums.
After working solidly on the road for the next two years, with drummer Klaus Schenk, the band recorded a live double CD, ‘From Lizard Rock’ which featured a number of classics from the Hartley Band catalogue, ‘Just To Cry’, ‘Sinnin’ For You’ and ‘Think it Over’ that can also be heard on this Rockpalast performance.

The Rockpalast performance, with new drummer Tommy Fischer, was the culmination of everything MILLER has been working towards. The Band enjoyed every moment of the show from the opening bars of ‘City Blues’ through to the last chords of the biographical rock n’ roll piece that is ‘Houston’.
Bonus tracks included here are also long time stage favourites, another Hartley track from the ‘Half-breed’ album ‘Leavin’ Trunk’, from ‘Bluesheart’, ‘Little Man Dancing’ featuring the shuffling feet of Kris Gray and MILLER’s take on the blues classic ‘Spoonful’. Thierry Miguet filmed all three tracks during the band’s tours of 2009 and 2010. This Rockpalast performance is representative of The MILLER ANDERSON BAND and the many faces and sounds of the man himself.
Kris Gray, 2011 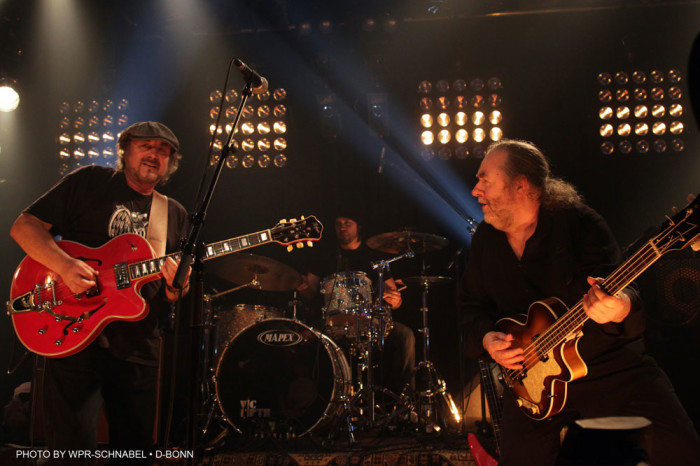