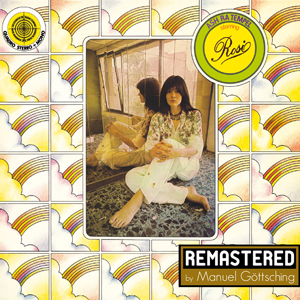 “Starring Rosi” is the 5th Album by Ash Ra Tempel.
Although originally released in 1973, the same year as its predecessor “Join Inn”, it is by far the most accessible Ash Ra Tempel album.
Beside the drums(played by Harald Grosskopf), Manuel Göttsching played all the instruments himself.
“Starring Rosi” has a breathing, relaxed sound, that sometimes even reminds of Westcoast-Bands. It is an evocative album that already delineates the direction in which Manuel Göttsching would go in the future. The icing on the cake are the charming recitations and songs by Rosi Mueller.
The album was completely remastered by Manuel Göttsching himself and is finally available in superb quality.