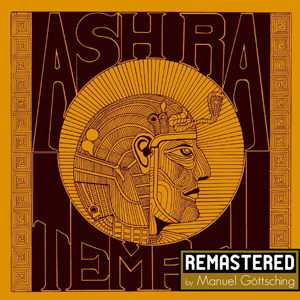 After years they are finally available again:

All albums by ASH RA TEMPLE, ASHRA and MANUEL GÖTTSCHING will be re-released in the coming months in several seasons.
ASH RA TEMPLE was the cult band of guitarist and electronic musician Manuel Göttsching and is considered one of the pioneering bands of the German avant-garde, electronic and the so called “Berliner Schule”
These albums were available in the past only via an Independent in France or has been distributed by Manuel Göttsching himself.
Now they are widely available remastered.
The first season includes the first 3 albums.

A boisterous, impromptu work, full of strength and vision.
–  Completely remastered by Manuel Göttsching
–  Epochal work of the German avantgarde and electronic