Waiting In The Wings 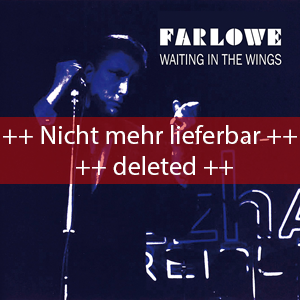 Chris Farlowe – Waiting In The Wings

Remembering ‘Waiting in the Wings’
I first met Chris Farlowe in the summer of 1990 when he had neither a record deal or any management. I discussed the possibility of financing the recording of a new album, his first since 1985. At the time his musical director was keyboard player Tim Hinkley whose CV is as long as your arm. The story of this album is a chequered one; before I became involved four of the tracks, “Try Me”, “Hold On”, “Function to Function” and “Make it Fly” had been recorded with Hinkley, Albert Lee, Phil Palmer and Clem Clempson amongst others. We then recorded six more tracks with Mickey Moody and Alvin Lee on guitars and Boz Burrell on Bass. Charlie Morgan played drums and overdubbed them on the aforementioned four tracks as well. With the money running out fast Ten Years After bassist Leo Lyons stepped forward to write and produce three more songs, “On the Beach”, “Working in a Parking Lot” and “Livin’ it Up” something I will be eternally grateful to him for.
The album was now ready for me to seek a deal, which seemed like a simple task, especially after the success of the 1988 collaboration with Jimmy Page on his solo album “Outrider”. With its very American sound and a veritable who’s who of the rock world I went to the USA and had meetings with a number of top A&R men, including the heads of Atlantic in New York and Geffen, Jimmy Page’s label, in Los Angeles, but to no avail. An offer eventually came from a small Spanish label, Barsa Records, who released the album as simply titled ‘Farlowe’ and promoted a tour of Spain in 1992. Freestyle Records picked up the release in the UK but the tapes were stolen prior to release. They were finally recovered and the album came out but with different mixes of “Waiting in the Wings”, now the title of the album, and “Don’t Walk Away”. However due to a lack of support the album sank before it was launched. I always preferred the Spanish mixes so they are here alongside the UK mixes.
“Waiting in the Wings” and “Don’t Walk Away” were written by Andy Hill and ex King Crimson lyricist Pete Sinfield, who together had also written “The Land of Make Believe” by Eurovision winners Bucks Fizz. Mickey Jupp also wrote two tracks Function to Function and Make it Fly. Chris also contributed lyrics to Blues Anthem, also recorded for Jimmy Page’s “Outrider” and “Some Mother’s Son” co written with ex Whitesnake guitarist Mickey Moody. Producer and keyboard player Tim Hinkley contributed “Too Late To Run For Cover” that he had co-written with Alvin Lee who also played on the track.
The live bonus tracks “On The Beach” and the classic “Ain’t No Love in the Heart Of City” were recorded on Chris’s UK tour of 1992. They are here with thanks to Andy Keating who, as our live sound engineer at the time, recorded all the shows but sadly he was unable to remember which one these recordings came from. – Kris Gray 2013