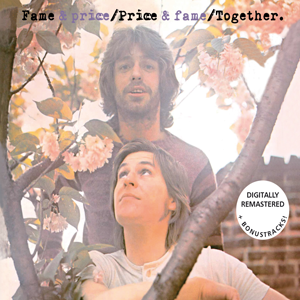 The partnership between Alan Price and Georgie Fame began on a November night in 1970 at the London Revolution Club. There was a positive atmosphere among the Georgie Fame fans attending one of his rare concerts. Few of them however, were prepared for the musical fireworks which were about to come.
As Georgie Fame began to strike up the old Animals classic “Bring It on Home”, it was all over for the former Animals organist Alan Price. When Georgie – who recognized Alan Price in the audience- invited him to come onstage, he readily took up his offer. Both delivered a rock show to a stunning crowd, one that people seldom experience. Songs such as “Rave On,” “Great Balls of Fire,” and “Oh Boy “ were full of energy and the entire club was electrified with excitement.
Continuing this partnership was a logical consequence. Whoever limits this collaboration to their smash hit “Rosetta” is making a big mistake. “Together” proves that this duo has so much more to offer.