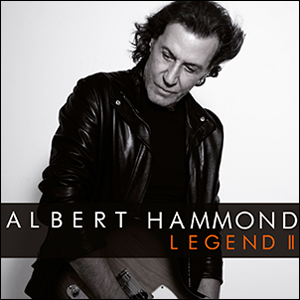 Albert Hammond has been writing hit songs for over forty years. This is not just to say that it has been forty years since his first hit but to illustrate that there has not been a single decade in which Albert has not written multiple hit songs since he scored his first hit with “Little Arrows” at the age of 24. His songs have been responsible for the sale of over 360 million records worldwide including over 30 chart-topping hits. Many of his most loved songs, like “The Air That I Breathe” and “When I Need You,” have become hits many times with various artists, decade after decade.

Albert achieved early success as an artist with his song “It Never Rains in Southern California,” and he has since built a multi-faceted career as an artist, songwriter and producer in both English-speaking and Latin markets. What sets Albert Hammond apart as a songwriter, earning him induction into the Songwriters’ Hall of Fame in 2008, is that Albert does not just write hits—he writes classics. He is one of very few songwriters of our time whose songs not only have the mass appeal to make them pop hits, but whose very same songs also have the timelessness and depth that over time turns them into standards. Few writers can successfully walk this line and deliver hits for the 60’s, 70’s, 80’s, 90’s and today. Albert’s songs are the kind of songs that turn one-hit wonders into career artists and keep records selling and spinning on radio decades after their first release.

In 2008, Albert was inducted into the Songwriter’s Hall of Fame and has also received the OBE (Order of the British Empire) from Queen Elizabeth II. His home country of Gibraltar will be honoring Albert with a commemorative postage stamp series which will feature his image and highlight his biggest international hits.