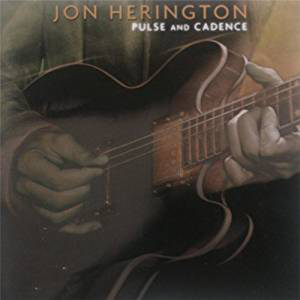 In any genre of music it certainly seems that session ace, Steely Dan member and guitar extraordinaire Jon Herington is pretty much on the fast track to becoming one of the finest guitarists in the decade. Jon Herington is a guitarist, singer/songwriter and producer who has been active on the New York City music scene since 1985. Jon has also toured / recorded with Boz Scaggs, Bette Midler, the Jim Beard group, The Blue Nile, Phoebe Snow, Madeleine Peyroux, saxophonist Bill Evans, the contemporary jazz superband Chroma, Jack McDuff, etc. On this album, recorded in 1992, Jon cranks out many different tunes from blues, rock to jazz – bringing him out of the shadows of the back-line and permanently into the spotlight. The album features eight of his own compositions as well as the brilliant playing of keyboardist Jim Beard, bassist Victor Bailey, drummer Peter Erskine, and percussionist Arto Tuncboyacian.