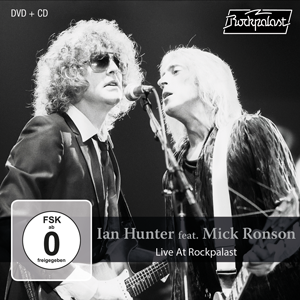 IAN HUNTER and MICK RONSON, both highly regarded and respected by their fellow musicians, are two names that are well known and loved by music fans the world over. As part of the acclaimed German all-night TV broadcasts of “Rockpalast”, this sixth WDR edition is a favourite amongst fans and followers. This is down to the performances by IAN HUNTER and his long-time ‘compadre’ MICK RONSON, with extraordinary versions of “Once Bitten Twice Shy”, “All The Young Dudes” and “Slaughter on 10th Ave”. The night from April 19 to 20 in 1980 turned out to be a true gem in the long history of WDR’s musical TV broadcasting.

Starting his musical career in the early sixties, IAN HUNTER, became vocalist, piano player and guitarist with Mott The Hoople in 1968. During the following six years HUNTER also turned into the band’s lead songwriter. Despite low record sales, at that time Mott The Hoople was one of England’s most popular live bands.
After David Bowie produced their album “All The Young Dudes” in 1972, Mott eventually made its way into the British Top 10 and the American Top 40. The band then went on to successfully score hits in both countries.
Success as a band continued for the next two years until, by the end of 1973, the departure of founding member Mick Ralphs triggered the band’s demise. One year later HUNTER also left the group along with MICK RONSON, who had joined Mott shortly before.
After moving to NYC, the pair joined forces to work on HUNTER’s solo debut album. This first collaboration set the foundations for a long-lasting musical relationship that spanned more than two decades on an on-off basis until the untimely death of RONSON in 1993.
Before teaming up with HUNTER, RONSON was a sideman for David Bowie. From 1969 until 1973 he worked as a guitarist, arranger and producer for Ziggy Stardust on various albums and was bandleader in the famous Spiders from Mars.
Throughout the next decade RONSON continued his work with HUNTER in the Hunter Ronson

Band, mainly as a guitarist and a producer, but also contributing songs to different albums
Apart from his glam-rock image, RONSON earned himself a reputation as one of rock’s most respected and highly regarded producer by covering a wide range of different musical genres. Over the following years he worked with artists such as Lou Reed, Bob Dylan, Lisa Dalbello, T-Bone Burnett, The Leather Nun, Andi Sexgang, David Bowie, Morrissey, Roger McGuinn, John Mellencamp and David Johansen, to name just a few.
With HUNTER being one of rock’s most inventive composers, whose poignant and intelligent songwriting found its musical equivalent in RONSON as a congenial arranger and producer for these songs, the two established themselves as another of rock music’s excellent couplings, comparable to their more famous counterparts in the Beatles and the Rolling Stones.
Without a doubt, the sixth WDR “Rockpalast Nacht” witnessed HUNTER, RONSON and their sidemen in excellent shape. The show was the kick-off for the promotional tour of the “Welcome to the Club” album that had just been released. A tight line-up performed with great energy, a mix of old Mott with “Angeline”, “All The Way From Memphis”, classic songs from their solo albums like “Once Bitten Twice Shy”, “Cleveland Rocks”, a ballsy version of “Bastard” and RONSON’S take on “Slaughter On 10th Ave”, which would serve as a ‘less-is-more’ tutorial for any guitarist.
With their musical and artistic quality HUNTER & RONSON have been a major inspirational act for countless musicians to follow and two valuable figures on the musical landscape.

This concert will be also available on DVD! 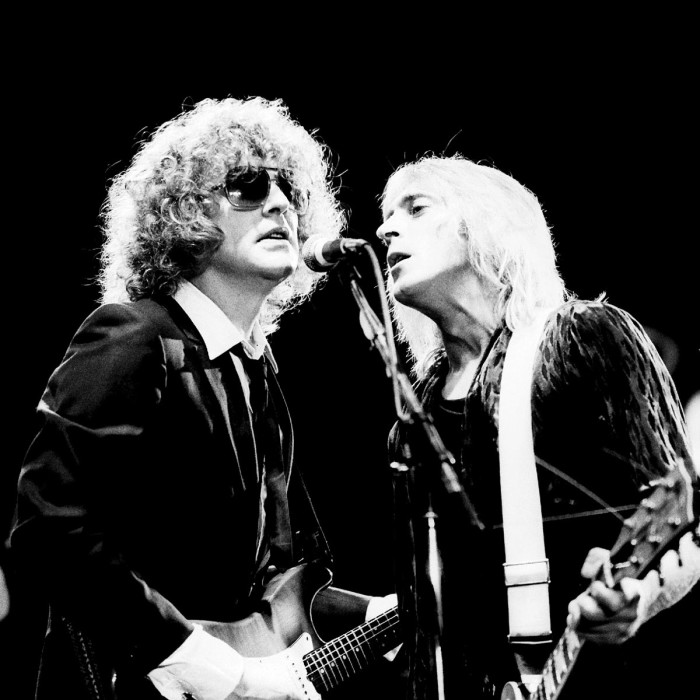 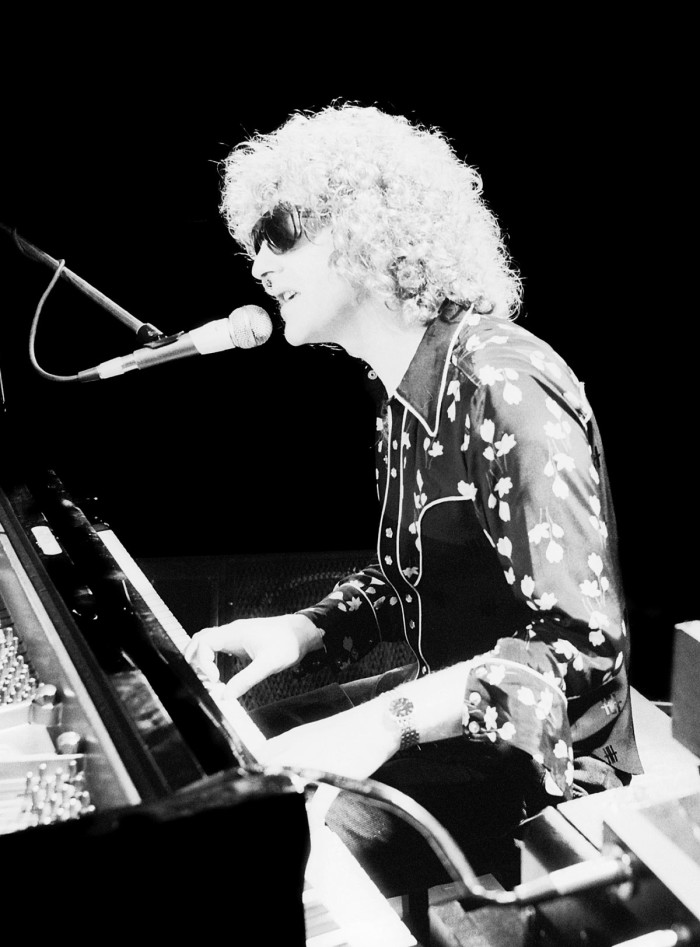 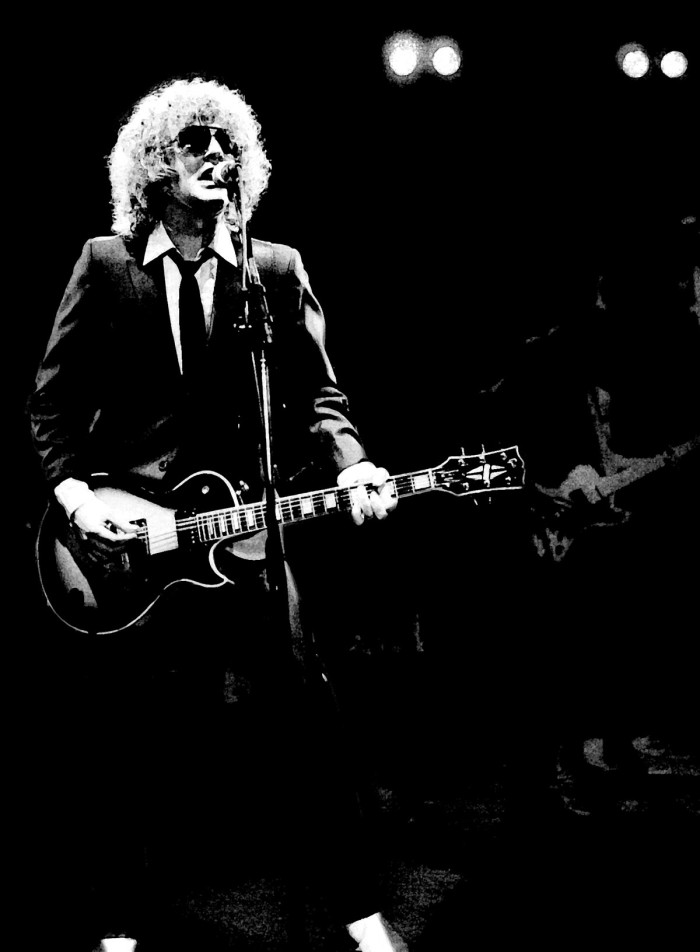 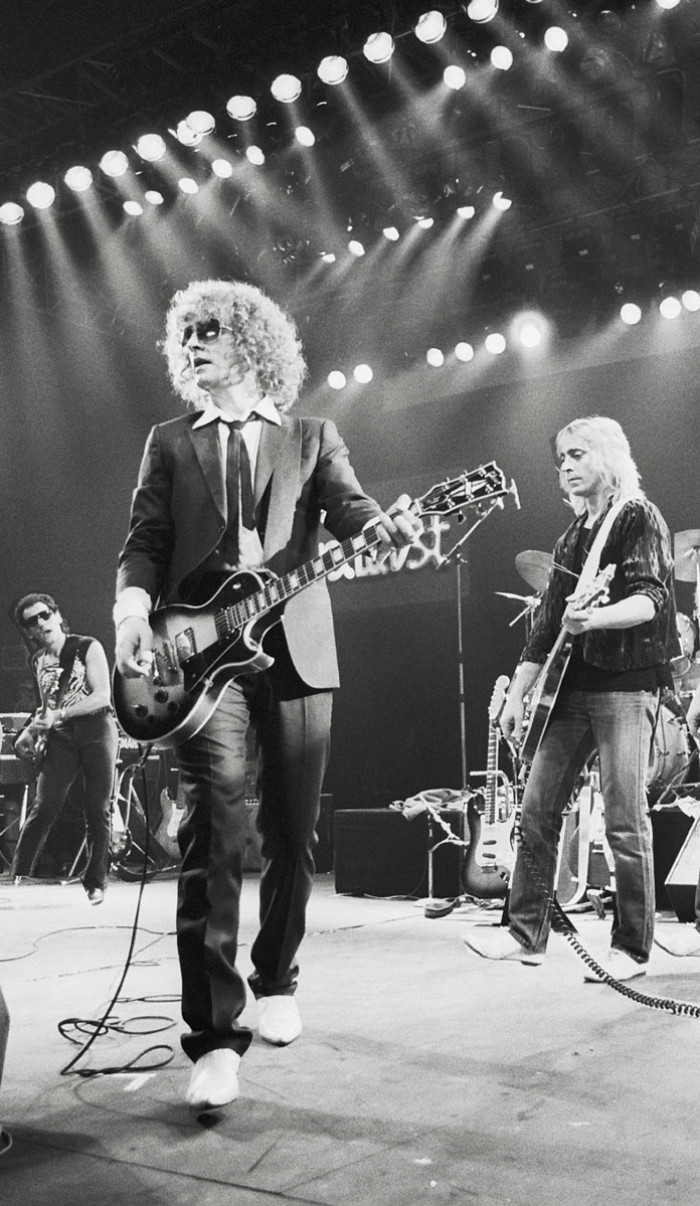 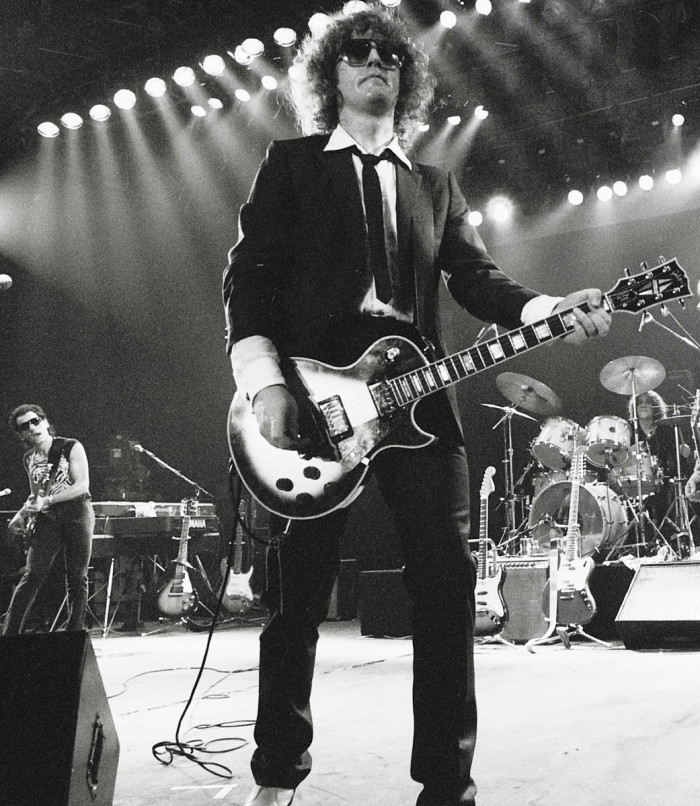