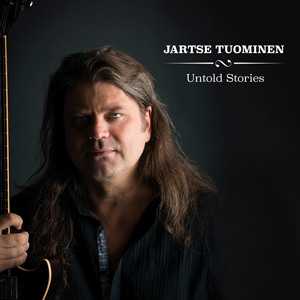 Label: Sledgehammer distributed by Made In Germany Music GmbH

“How to describe his music? Let´s assume that Billy Cobham, Steve Gadd, Al Di Meola, Steve Vai, Steve Morse, Billy Sheehan and Jaco Pastorius were in the audience at a Jartse Tuominen gig. They would certainly recognize aspects of their own music, but they would not be able to keep their butts on the bench.” (Guitar Nine News).

German Rock Magazine “Rock/Metal Heaven” has nominated Jartse as one of the Top Guitarists in Europe. Gibson guitars and Mesa/Boogie amps have also noticed his passion and talent and made endorsement deals with him. During his career he has made four CD’s of his own. He has been working on over 100 CD’s as a musician, composer or producer. He has also made music for movies, TV-programs and commercials. Two of his soundtracks have reached gold record status.