Love, Gratitude and Other Distractions (Moosicus) 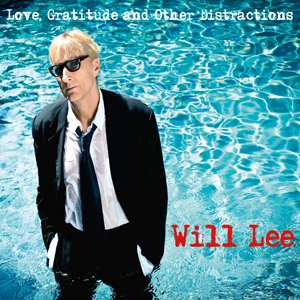 Will Lee – Love, Gratitude and Other Distractions

Will performed at Live Aid with The Thompson Twins and, with The CBS Orchestra, is in the house band for the Rock & Roll Hall Of Fame. He has toured with Bette Midler, Barry Manilow, Horace Silver, The Brecker Brothers and Herbie Mann. He has played with Miles Davis, Dizzy Gillespie, and was held in Charlie Parker’s arms as a baby. Will also has the enviable position of having performed or recorded with all 4 of the Beatles, which is pretty thrilling for a guy who is a founding member of the world’s premier Beatles band, The Fab Faux!

Will is an inductee in the Musician’s Hall of Fame in Nashville TN, and has a permanent display.

Will´s new album “Love, Gratitude and Other Distractions” was born with the writing & recording of a single song. Once “Miss Understanding” was under way, other mental meanderings began to take shape & get completed. This album is different from a normal concept album. It’s simply a collection of tunes in a few different directions. Some are instrumentals, most are vocals. The musicians are legendary. Pat Metheny appears (though uncredited, due to his label’s restrictions). Steve Lukather lashes, Bob James jumps, Chrissy Amphlett emotes, Billy Gibbons burns, Allen Toussaint tinkles.