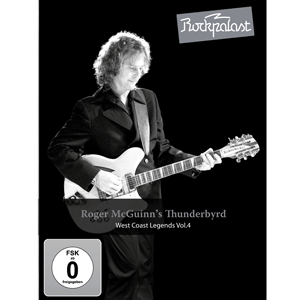 historical date: In the night from 23rd to 24th July 1977 the first Rockpalast-night took place on stage at the Grugahalle, Essen, Germany. The sensation: it has been broadcasted live at ARD (the German TV-channel no. 1 at that time), and seven other European countries have already broadcasted this TV-event via Eurovision. They did not know what they could expect but loved the idea of broadcasting a live rock concert, which they did for seventeen shows for ten years. Two times a year the schedule has been: Tagesschau (= German news), Wetterkarte (= weather map), Wort zum Sonntag (= so called “Christian commentary”), Eurovision-Fanfare and then the Rockpalast show, which has been broadcasted live at prime time with open end and parallel broadcasting on radio in stereo. This has happened when the German TV-stations under public law has been the only ones and the WDR has made it happen.

The first night started with full concerts of Rory Gallagher and Little Feat. The choice has been programmatically: instead of broadcasting chart related music, the so called “music that rips into the heart of everybody” has been the guideline, no matter what kind of music it has been.

And suddenly – at dead of night – the brilliant ROGER MCGUINN’S THUNDERBYRD concert. Together with Rory Gallagher’s brother, Dónal, I’ve had the idea to do the same with Bob Dylan, whose “Rolling Thunder Revue” – a tour (1975/1975) with friends – has infiltrated our minds.

We have thought about an European pendant, focusing on Rory. Unfortunately, this did not happen but from this idea the invitation of ROGER MCGUINN has been born, who participated in Dylan’s tour. This participation can be recognized in ROGER MCGUINN’s band name. A composition out of Rolling Thunder and Byrds.

Therewith we have been in the middle of the historical Rockpalast tradition. With his twelve string Rickenbacker guitar – the fret engraved because of the Dylan sets he has played in D (as noted by the director, Christian Wagner) – he has brought the “Jingle, Jangle” – sound of the Byrds on the stage of the Grugahalle. Of course, “Mr. Tambourine-Man” has also been played, the Dylan song which has been made a hit by the Byrds. Each of the three bands has had its own rehearsal day. ROGER rehearsed on Wednesday, right before the show has been broadcasted. As we all have been in the same hotel, we’ve had the chance to get to know each other within a week, to say “WE are on air”, when the leading sound of the Rockpalast was rumbling through the hall on Saturday night on 23rd July, 1977 to open the live show, which takes more than five hours until the wee hours of the morning.

With ROGER MCGUINN a musical legend entered the Rockpalast stage. Reminiscences to the Byrds, whose co-founder he has been, arose to the three voices vocal-harmonies of this band, which has been “the American answer to the Beatles” for numerous people. Manifold musical relations became visible and hearable during the show. “American Girl” reminded me of the original version from Tom Petty as he performed this song like a Byrds one. We have already recorded Pete Seeger’s “Turn, Turn, Turn” and “Eight Miles High” with Leo Kottke in the Rockpalast studio – with a twelve string acoustic guitar. Personal favorites have been played: “Chestnut Mare”, at that time one of the favorites of director Christian Wagner.

A magical night. We couldn’t hardly believe that this exceptional format has really been broadcasted – all over Europe. “Eight Miles High” has not been the last song of the show just as a matter of chance. This song, which – depending on the point of view – describes a flight of the Byrds over the

Atlantic Ocean to England or experiences with drugs (later on, David Crosby admitted that this could also have been meant) has reflected our moods, also. Overwhelmed we fell out of the OB vehicle, the pale crescent in the sky over Essen, we stood there with tears in our eyes. The (over) voltage, which domineered over us from the beginning of the planning until this moment, dissolved into a faithless amazement, that we “did” it.

The next day, I went to the office and I did not want anybody to speak to me. But as soon as I “landed”, the WDR welcomed me with “Peter, this is something you have to repeat many times”. I asked for two dates of broadcast per year – in spring and in fall. I got them, for ten years. 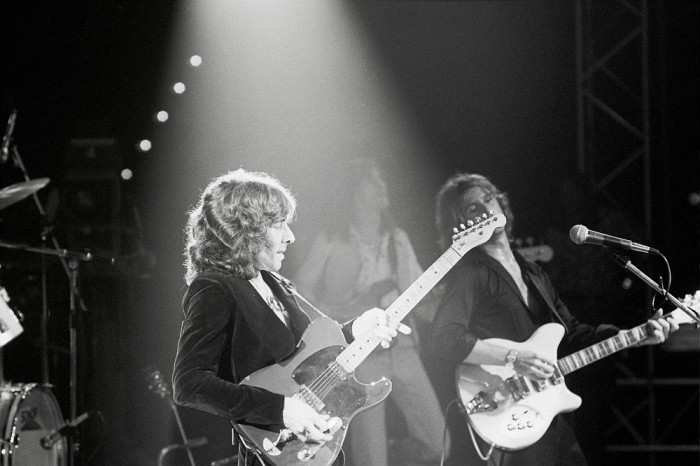 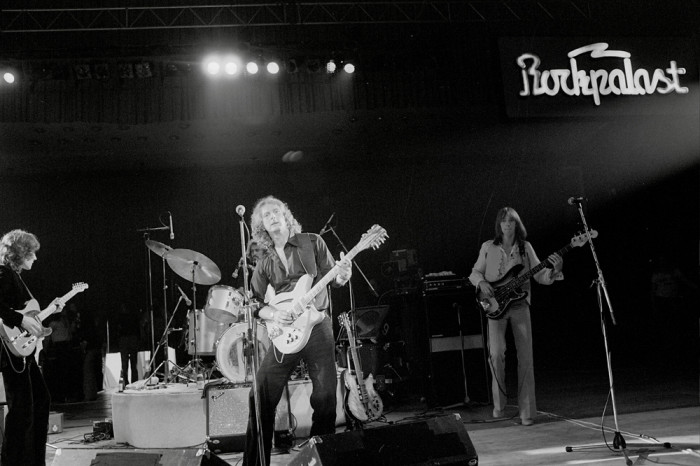 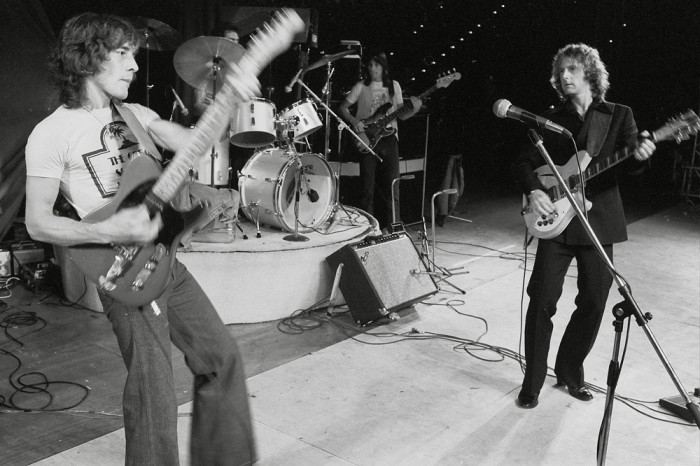 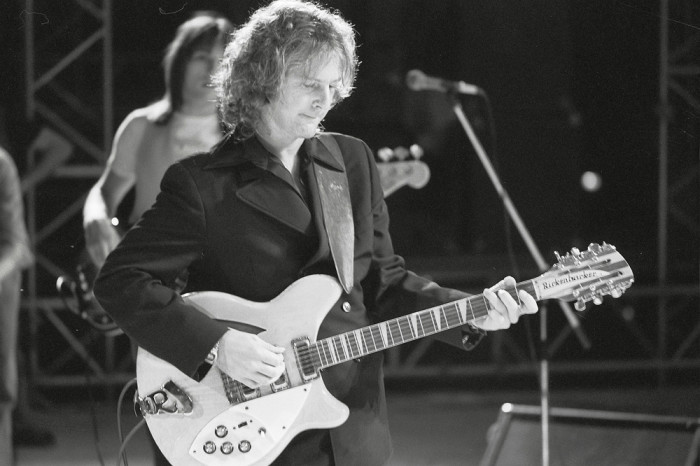