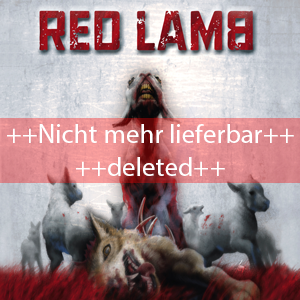 What happens when you collide some of the biggest Heavy Metal musicians to shout the truth to the world?

Dan Spitz, formerly of ANTHRAX and Dave Mustaine of MEGADETH who together have sold records approaching 50 million copies and obtained somewhere around 15 Grammy nominantions are telling the story of what it’s like for a family to live with identical/mirror image twins with autism.

Dan Spitz was on of the co-founders and lead guitarist of the legendary band ANTHRAX, a band now included in the “Big 4” (Metallica, Anthrax, Megadeth and Slayer) who single handed changed the face of Heavy Metal Music by breaking down many barriers once never allowed.

Dan Spitz has crossed the globe on more than fifty arena tours, spanning 32 countries on five continents, released twenty or so platinum selling studio albums, platinum videos, gold and platinum singles, cracked billboard’s Top Ten, an actor on television shows such as “Married with Children”, wrote platinum songs for movie soundtracks for Adam Sandler, Arnold Schwarzenegger etc. He played in Broadway musicals and has left an indelible mark on the music industry.

ANTHRAX was the first band to mix hip hop and heavy metal with the legendary collaboration of their track “Bring The Noise2 as well as the first sold out Hip Hop/Heavy Metal-Arena World Tour featuring Public Enemy and Anthrax, the first Heavy Metal Band to record their own platinum selling Hip Hop Song “I’m The Man” and so much more.
Now this legendary guitarist (Spitz) has returned to music after his long hiatus in Switzerland to become a master matchmaker of the world’s most complicated mechanical wristwatches to once again pave new ground for a great cause and set new trends

RED LAMB AND INTO THE FUTURE:

Red Lamb’s second video for the song “Puzzle Box” is a song with lyrics co-written by Mustaine And Spitz, all music written by Spitz and the entire CD co-produced by Dave Mustaine and Dan Spitz is gaining a foothold in the music community rather swiftly and taking a stance in the usual Heavy Metal fashion of pulling no punches and telling the truth within it’s lyrical content to the people on a global level.
In addition to these two legendary musicians of the “Big 4” (Mustaine & Spitz) they have recruited Grammy winner CHRIS VRENNA (of Marilyn Manson and Nine Inch Nails), virtuoso DON CHAFFIN on vocals, PATRICK JOHNSON (Yngwie Malmsteen, W.A.S.P.) on drums as well as famed Grammy nominated producer JOHNNY K to mix the entire CD.
Carving into something that has never been done before, Spitz and RED LAMB will bring awareness in a way on one can.

A band with a permanent mission like no other.
Candi Spitz (Dan’s Wife) devotes all of her free time to the largest autism non-profit, Autism Speaks (www.autismspeaks.org)
She can be seen on every billboard, print ad, newscast and radio ad.
Candi and Red Lamb have recruited “Autism Speaks Co”-founders Bob and Suzanne Wright to be in the video for “Puzzle Box”. Bob Wright was the Ceo and chairman for NBC Universal for more than 20 years, who also has a grandson with autism. This is powerful stuff people.

The extensive filming of “Puzzle Box” was done over a three month period and includes footage from the “Walk Now For Autism Speaks” in Palm Beach, Florida, where thousands were filmed for the video.
Other notable people in the video include WPTV Channel 5-Anchor Mike Williams and television and film actors who open the video.

THE MESSAGE OF MUSIC:

Dan Spitz says: “It’s time for someone in music to wake the world up to autism. We have Holly Robinson Peete in film, we have vocal people in Nascar, and of course Dan Marino and others in Sports.
Now it’s time for someone who lives it and speaks the truth to the people in true Metal fashion.
I come from a time when the lyrics of a song represented the truth that can certainly change the world.
Now it’s time to let people know we are in epidemic form with autism, as one in every 88th child born (1 in every 54th boy) will be diagnosed in the spectrum.
I feel that if we don’t do something about this now, the autism epidemic, more people will suffer the consequences.
Autism is on your block now.