This Is The Place Where Resistance Got Lost 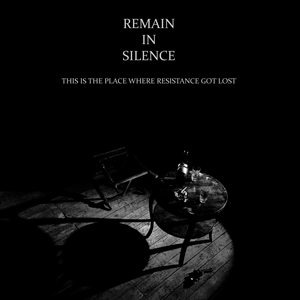 Remain In Silence – This Is The Place Where Resistance Got Lost

With the release of their third and classic vinyl album THIS IS THE PLACE WHERE
RESISTANCE GOT LOST in 1987 it only seemed to be a question of time when REMAIN IN SILENCE definitively would start through. Their sound was unique at that time – sonorous, powerful and deeply melancholic. But the financial break up of their record label and the permanent replacement of band members made their hopeful career coming to a too early halt.

Nevertheless A. Buchwald and A. Gimpel continued making music as REMAIN IN SILENCE. In 1995 they released ‚Fountainhead’ after supporting Siouxsie and the Banshees on their final tour. “The Comfort Of Strangers” followed in 2001 and a compilation album “Lonesome Hours” was released last year in Spain.

MIG-Music is proud to release a strictly limited Vinyl-Edition (500 pcs. worldwide) of the long exhausted and worldwide sought-after album THIS IS THE PLACE WHERE RESISTANCE GOT LOST as a high quality Vinyl-Re-Release including a CD with bonustracks.