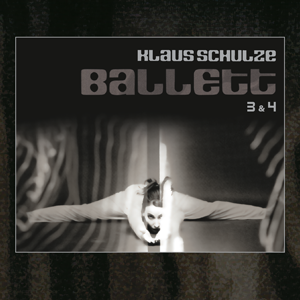 Presskit PRINT (2.0 MiB, 2 hits)
You do not have permission to download this file.

“Apart from „Ballett 1 & 2“ (MIG 01772 2CD) the „Contemporary Works“-boxset also contained “Ballett 3” and “Ballett 4”. All four pieces were originally intended to be one composition in honor to my mother who had been a ballet dancer and had died in 1998. I never assumed that the ballet would be performed with dancing. Then I would have to cut down to about 15 or 20 minutes and would probably have to throw away all my favorite parts, which would be quite difficult! The music could have had another title but since it was the first production I did after the death of my mother, I called it “Ballett” and just numbered the four parts.

“Ballett 3” once again features traditional instrumentalists such as Thomas Kagermann (violin, Flute), Wolfgang Tiepold (cello) and Tobias Becker (oboe). Obviously I could have played Tobi’s oboe or Tiepold’s cello with a sampler but it’s really something different when those instruments are played live as there is a wonderful interaction with my electronics. Then, you not only have the instruments but also the musicians’ ego. If I play a cello sample then I’ll do it the way I play keyboards. However, a cellist or oboist plays the ‘real’ instrument with all the subtleties that come with playing, which a sample can never reproduce. The pure sound of an instrument is not the crucial thing here however. It’s the musician’s personality that is important as it determines the character of the music.”

The bonus track “Schauer der Vorwelt“ is very short compared to Klaus’ other works but there was no room left for a longer track on this disc.