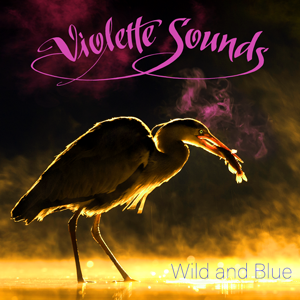 PRINT Cover (3.9 MiB, 1 hits)
You do not have permission to download this file.

Presskit PRINT (6.0 MiB, 0 hits)
You do not have permission to download this file.

Presskit WEB (4.0 MiB, 0 hits)
You do not have permission to download this file.

Violette Sounds started in 2013 as a project of drummer Karl Henneberg. Their first album “Feelin’ Inside” presented atmospherical progressive rock with jazzy elements and attracted some attention and received good feedback in the German music scene.
Two years later after several concerts and tours a complete band has grown out of this project with following line-up: Karl Henneberg (drums), Moritz Schippers (keyboards), Sascha Mans (bass) and Henri Thönnissen (guitar). Violette Sounds is strongly marked by the different characters and musical influences of the band-members, united in creativity, zeal and vigor. Lead vocalist Axel Theorell completed the line-up ideally matched.
“Wild And Blue” is a “must have” for every fan of progressive rock music. The musicianship and production is faultless and the twists and turns constantly keep your attention throughout. The album has lots of atmosphere and is peculiarly uplifting in its mood and musical content.