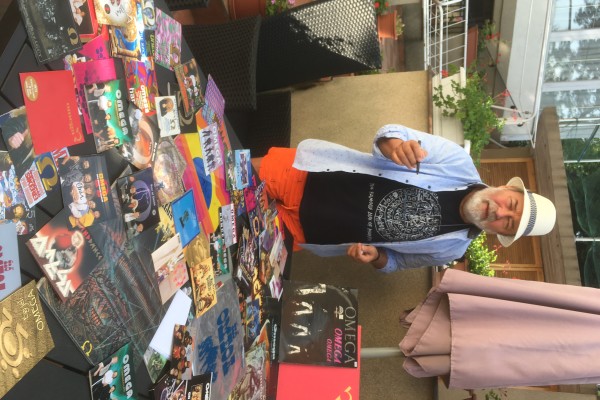 Back in 1962 they formed as a school band, the name was given to them by the promoter back then and they kept it until today: OMEGA. Between all these years there are millions of sold records, countless tours over half the globe and sold out concerts in stadiums. Their English-language albums for the Bacillus label, produced by Peter Hauke (also Nektar, Karthago, Supermax, Peter Maffay, among others), have cult status. Now OMEGA and M.i.G. have announced their collaboration. In the future, M.i.G. Music will take care of the physical and digital marketing of OMEGA’s extensive catalog. First of all the Bacillus albums will be released again soon on vinyl and CD as well and for the first time the complete albums will be available digitally. Our thanks go to OMEGA guitarist György “Elefánt” Molnár, who is helping us to successfully launch this cooperation. The photo shows György in the garden of his house with “a selection” of OMEGA products from the past 50 years!