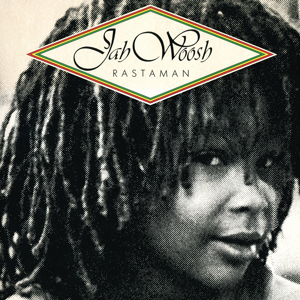 At the end of June all reggae fans can breathe a sigh of relief: Because then the lost Jah Woosh album “Rastaman”, released in Germany in 1981, will finally be available again – long out of stock as vinyl and wanted by collectors. “Rastaman” was recorded on Jamaica in the Channel 1 Studios and mixed in King Tubby’s Studio by dub specialist “King Jammy”. Besides the Reggae Star rhythm group Sly Dunbar and Robbie Shakespeare, Ansel Collins (Duo Dave and Ansel Collins, #1 UK hit 1971 with “Double Barrel”) on the organ and Eric “Bingi Bunny” Lamont (also with Jah Lloyd, Gregory Isaacs, Bunny Wailer) on the guitar were in the studio. They were joined by the wind players Vin Gordon and Bobby Ellis, Theophilus “Snapping” Beckford (The Boogie Cats, Trenchtown Ska) on piano and “Bongo” Herman on percussion. “Rastaman” is a timeless roots reggae album by the Jamaican DJ and top producer, who released many of his albums on the well-known Jamaican labels Trojan and Trenchtown. Jah Woosh passed away on 21 February 2011 at the age of 58.