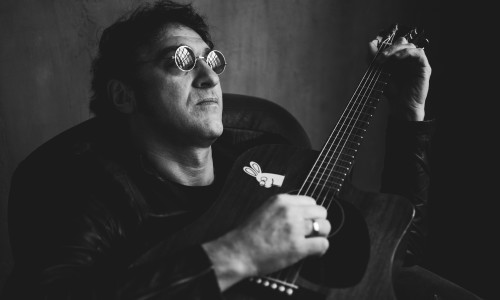 The Georgian singer/songwriter and rock poet Nash Albert signs a worldwide contract with M.I.G. Music GmbH. Nash was, among others, frontman of the successful Soviet alternative/indie band Blast (Blast Unit Moscow). The British NME described Blast as “the godfathers of the Russian alternative scene”. In 2013 Killing Joke’s Martin “Youth” Glover produced the most successful Blast album “Krisis Of Genre”. A year later Nash, who still has a flat in Moscow, worked in London with Ian McNabb of The Icicle Works and Ciaron David Bell on his solo album “Rude Beggar”.
With “Yet” Nash Albert has now completed his new solo-album. This time the British producer legend Tim Palmer, who has also produced Robert Plant, Tears For Fears, Bowie’s Tin Machine, Texas and Tarja Turunen as well as many international other acts, produced the album. “Yet” was mastered by Bob Ludwig, The album will be released at the end of January next year.
M.I.G. Music is looking forward to a long-term cooperation with this exceptional artist.