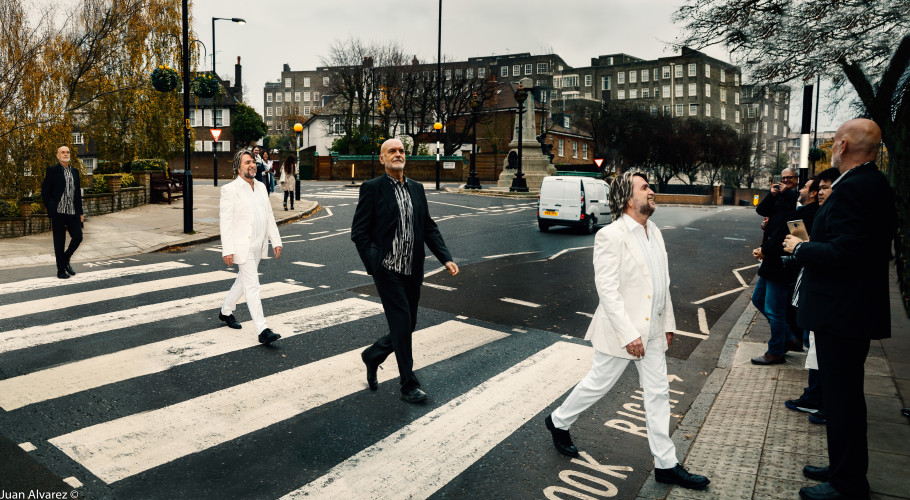 It was in the year 1981 when Belgian electronic musician Michel Huygen and his Spanish colleague Carlos Guirao, both better known as Neuronium, met with Evángelos Odysséas Papathanassíou, better known as Vangelis, to record a joint session in London.
Michel Huygen remembers: “The music we played together starting from my score, was flowing, flowing so fast and smoothly between the 3 of us, that I can now, many years after, say: We recorded all the music’s parts in one single “shot”, since the result was absolutely what we all wanted and Vangelis told us: “Don’t touch what we have recorded, it is lovely ” and so we did.”
Now, after some rather unofficial releases, the opus “In London” is finally released for the first time in its entire length, titled “In London – The Platinum Edition”, fondly reworked, remastered and sonic refined to perfection exactly 45 years after Neuronium released their first album on the famous Harvest label.
Michel Huygen had intended to celebrate this anniversary with Vangelis in Paris. But fate had other intentions, on May 17, 2022, Vangelis died as a result of a Covid-19 disease.
Huygen: “I feel honored to have been able to meet him, to play music with him and to have him as a funny friend too. And mainly to have been able to meet a huge musician, a classical composer for the forthcoming generations, without doubt. R.i.P, dear Vangelis.”