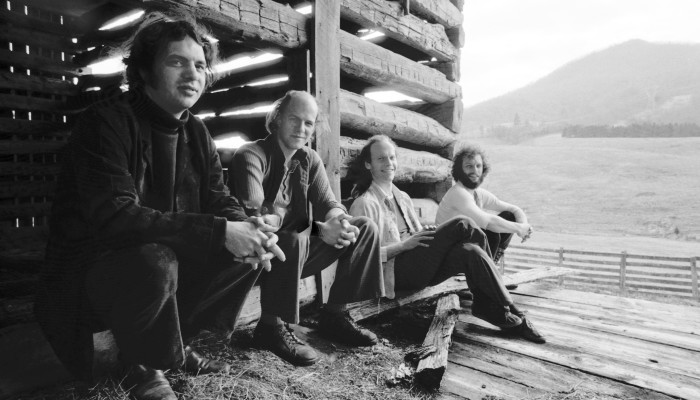 The legend has it that the four Oregon musicians met at the legendary Woodstock Festival in 1969. However, it is documented that at least guitarist/pianist Ralph Towner and bassist Glen Moore were on stage with US singer/songwriter Tim Hardin. But three more years had to pass before Oregon really got off the ground musically. Colin Walcott and Paul McCandless completed the quartet, which from then on was dedicated to a kind of chamber jazz with elements of folk and world music. Oregon signed a record deal with Vanguard, and their much-acclaimed debut “Music Of Another Present Era” followed. Shortly before the release of their third album, the commercially very successful “Winter Light”, the quartet toured Europe and also made a stop at Radio Bremen’s Sendesaal on 14 March 1974. In the past weeks, the Austrian sound wizard Johannes Schreibenreif meticulously prepared the 47-year-old tapes under the critical ears of Ralph Towner and Paul McCandless. The acoustic masterpiece will soon be released as a double CD and, of course, digitally.