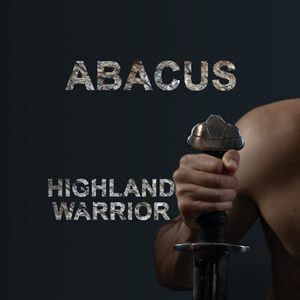 ABACUS (the name is based on the ancient calculating tool Abacus) is a German “Krautrock legend”. The band, founded in Hamm/Westphalia in 1971, had their breakthrough at the Germersheim Rock Festival (2nd. British Rock Meeting), where they were celebrated in front of over 100.000 music fans just like Pink Floyd, Wishbone Ash or Status Quo, who also performed at this event. In the 1970s, Abacus released four records, the last three were recorded in Giorgio Moroder’s “Musicland” studios in Munich. Global record sales, numerous national and international tours, TV and radio shows helped Abacus to become a top act – not only in Germany. Musical differences led, among other things, to the musicians splitting up in 1976. Klaus Kohlhase, bass guitarist and motor of Abacus, revived the band in 1979. He eventually found the musicians who helped to refine the Abacus sound. In 1982 Abacus signed a new record deal with the EMI in Cologne. That was followed by contracts at Musea Records/France and Numusi/Berlin, Germany. In addition to the re-release of the first 4 albums on CD, previously unreleased song material was released under the title “Archives 1-3″.

Five years after the release of their last album “European Stories” and exactly on the occasion of the band’s 50th anniversary, the new Abacus album “Highland Warrior” will be released. “Highland Warrior” is a concept album, it is the musical saga about Robert I., the first King of Scotland (11 July 1274; † 7 June 1329 in Cardross, Dunbartonshire), better known as “Robert the Bruce”.