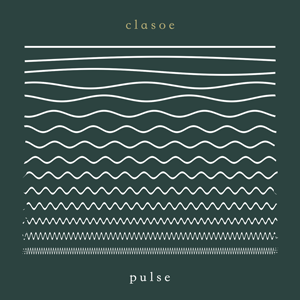 clasoe is the fusion of drummer Peter Söltl and singer Clara John. They form the core of their musical project, but find themselves playing with various musicians. You can’t quite put your finger on the genre of music they’re creating and trying to do so, one has to think of a quote by the infamous Frank Zappa „talking about music is like talking about architecture“.

Clara’s introspective and yearning lyrics can sometimes be heard in front of a prog-rock background or an oriental background. She always tries to follow her intuition while writing songs, but still reacts to the music immediately. In their own playful way, clasoe are mastering their art while still being down-to-earth. Their song „Promised land“ might remind the listener of a folk song straight from the Levant region with a hint of 60s tremolo guitars and a growling Fender bass in it. The early fade-out after the full range chorus gives the listener a taste of what the jam is going to sound like at one of their live shows.

The pictures they confidentially to one another are painting, are being separately created on the same canvas. Let’s call these pictures „Jazz“ for now. You might call them „world music“ as well or focus on the „beat“. But these are just genre names that don’t mean all that much after all, so call clasoe’s music whatever you like.

clasoe don’t see themselves as just another pop-project and don’t even dare to look anywhere near that direction. Much more they’re trying to serve the music – „mind over matter“ is the motto and everything else falls in to place on a journey where everything is possible.

Their influences? The music, the internet, the world and themselves. If you start namedropping now, you would never come to an end. To quote Memes – „how many influences does your music have?“ clasoe: „yes“.

Their debut album is going to be released this Fall 2021 on Moosicus Records/ M.I.G. Music. It’s going to be an independent and confident musical statement that rises beyond the infinity of all musical genres. One probably can’t capture clasoe quickly but with all feral beauties you can observe them, and you can be mesmerized by them.