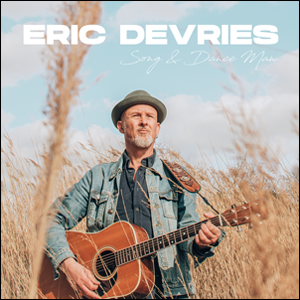 Eric Devries is one of the most renowned and sought-after musicians on the Dutch Americana scene. His third solo CD “Close to Home”, and got great reviews in the music press. Critics mentioned his songwriting skills were up to par to the likes of Guy Clark or Rodney Crowell. Some described the CD to be one of the best ‘Americana’ records that was ever released in the Netherlands by a Dutch songwriter. And by listening everyone agrees that ‘Close to Home’ is an outstanding album by all international standards.

In the 90s, he first appeared as the frontman of the Amsterdam band The Big Easy. In 2004, his solo debut CD “Little of a Romeo” was released.

For his second album, “Sweet Oblivion” (2008), he recorded a number of songs in America. Devries also tours with the singer-songwriter collective Songwriters United, releasing a DVD and CD with them in 2008.

In 2014, he released his most biographical album, “Close to Home”. Devries has played at the Woody Guthrie Festival in Oklahoma, Oerol, Parade, Naked Song Festival and the Zwarte Cross.

In 2016, “Pan Alley Fever” was released by the band Hidden Agenda Deluxe. Devries is also referred to in the press as “the Chris Hillman of the Dutch.”

Eric Devries’ song language is English, his instrument is the guitar. The Utrecht-based musician has that certain something that gives his songs all-around depth and credibility. With his unique blend of folk, country and blues, his excellent finger-picking, his honest, sophisticated lyrics, Eric Devries always manages to touch and entertain his audience in equal measure.”