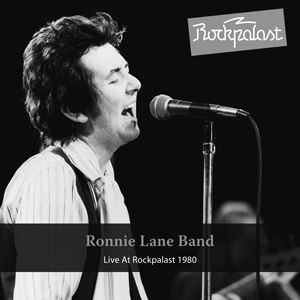 He may have been only small of stature, 5 feet 5 inches, but he was one of the great songwriters of the 60ties: Ronald Frederick “Ronnie” Lane and his mate Steve Marriott created pop evergreens such as “Ichycoo Park”, “Lazy Sunday” and “Tin Soldier“. When this team broke apart in 1969, The Small Faces became The Faces featuring Rod Stewart, Ronwood and – of course – Ronnie aka “Plonk” Lane. Again, he wrote several of the best tunes of this formation like “Ooh Lala”, “Richmond” and “Debris” which has recently been covered by Mick Hucknall. The former voice of Simply Red also described Ronnie Lane as a “culpably underrated musician”.

In 1973, the underestimated Lane left The Faces and recorded the Album Anymore for Anyone with his own band called Slim Chance. Later, the bass player, guitarist and singer travelled through the country in a circus tent and caravans with his “Passing Show”. Financially this turned out to be a disastrous enterprise but musically he discovered new horizons. With his colorful troop, he went beyond the limits of pop and rock, playing now with elements of folk and vaudeville. The single “How Come” found its way into the British Top Ten but the big breakthrough did not happen. Even albums like One for the Road or Rough Mix which he recorded together with Pete Townshend (The Who) and the soundtrack Mahoney’s Last Stand (with Ron Wood) could not change that.
At the end of the 70ties Ronnie Lane was hit by an even more tragic stroke of fate: The man who was in his mid-thirties was diagnosed with multiple sclerosis. Despite this insidious disease, the musician kept on working tirelessly. He went on tour and on March 19, 1980, at Studio A of WDR in Cologne he delivered a truly remarkable concert for the Rockpalast with an excellent band (featuring amongst others The Rolling Stones’ pianist Ian Stewart).

From the first moment of the opener “Rats Tales (Cat Melody)”, you can feel the enthusiasm of Ronnie Lane’s seven mates. Songs as “Flags and Banners” and “You’re So Rude” date back to the time of The Faces. In the classic “I’m Ready” the saxophones players George and Raymond Carless are prominent, and guitarist Henry McCullough and accordion player Charlie Hart shine in “Kuschty Rye”. The band swings and shuffles with pleasure through a suggestive “Rocket 69”, and Chuck Berry’s “You Never Can Tell” is a lot of fun – depending on how you see it – despite or because of Ronnie Lane’s little lyrical blackout.

Only short after this Rockpalast gig, Lane’s health grew worse. All friends of the popular and humorous Briton were in shock. In September 1983, an all-star band gathered to bring in money for the relief organisation ARMS that Ronnie Lane had founded to help with the research of the still unexplored disease. Eric Clapton, Jimmy Page, Jeff Beck, Steve Winwood, Bill Wyman, Charlie Watts, Kenney Jones and many more played at the Royal Albert Hall to bring attention to the fate of their friend and all the others who had been struck with this disease. Ronnie Lane was only able to come on stage to join in for the encore, “Goodnight Irene”.

One year later, the musician relocated to Austin/ Texas because of the better climate. After that, he was rarely seen on stage. On June 4, 1997, Ronnie Lane died at the age of 51 in the course of pneumonia at his last residence Trinidad/ Colorado.

Thus, the Rockpalast recording from the year 1980 in Cologne remains a one-time live document of this exceptional musician. “God Bless us all” were the last words that Ronnie Lane gave the audience to take home. As a former member of the (Small) Faces, he was admitted posthumously to the Rock’n’Roll Hall of Fame in April 2012. 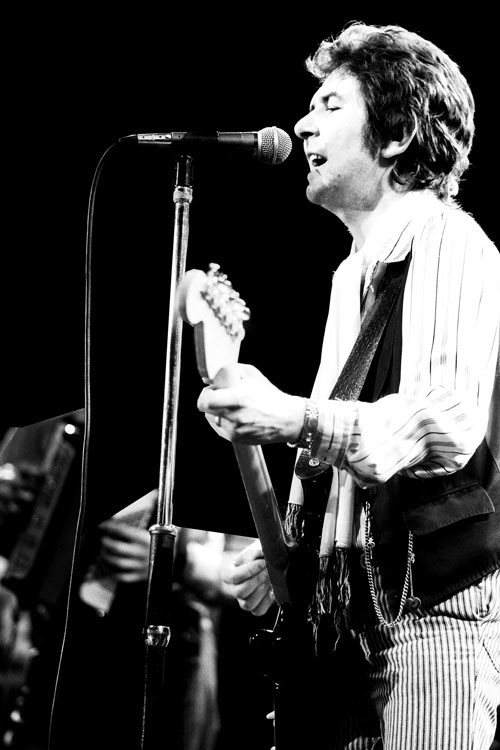 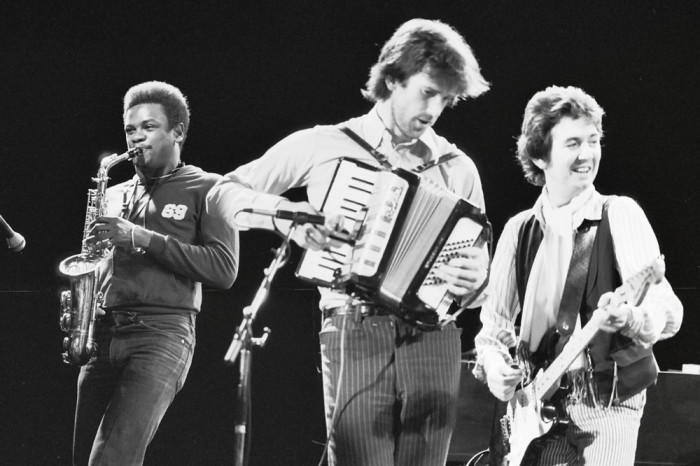