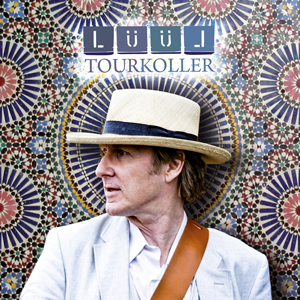 LÜÜL is the singer/songwriter, guitarist and musician Lutz Graf-Ulbrich from Berlin who published more than 40 albums in more than 40 years. He was the guitarist of the German psychedelic bands Agitation Free and Ash Ra Tempel.

For several years he accompanied the legendary diseuse Nico of Velvet Underground – on stage as a musician as well as a lover.

Since 1995 he travels around the world, from one stage to another, playing banjo with the 17 Hippies, but he always finds time for his own songs. Then he tells tales from his life, in his typical manner: dry, amusing, tender.

With just a touch of new wave, polka, ballads, a dash of rock’n’roll. It is lively handmade music that has a charme and persuasive power and – if you are predisposed – might leave you addicted. Added to this – LÜÜLs voice, hoarse and blue and yet in love with life.

His live programme focuses on his CD “Tourkoller” including 13 new songs, own material as well as musical versions of lyrics by Erich Mühsam, Klabund and Fredy Sieg. His high-quality backing band consists of musicians of the 17 Hippies. It is unimaginable that there might be a time when LÜÜL is not part of their core.