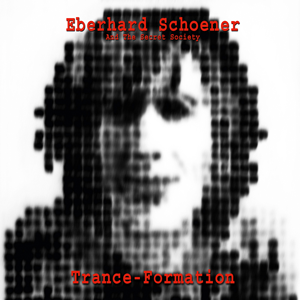 Mig-Music is proud to re-release the back-catalog of Eberhard Schoener. Eberhard Schoener is a classically trained violinist and opera conductor, In 1965 he also founded the Munich Chamber Opera.

In 1968 he raised a laboratory for electronic music at the Bavaria Studios and was the first German musicians who had a Moog synthesizer and brought electronic music from Germany into the world. Eberhard Schoener also played on one of the first Moog Synthesizers that was later used by Popol Vuh and is still used by Klaus Schulze to date. Eberhard Schoener was the first German musician who released an album with a meditation music that exclusively consisted of electronic music (on albums such as “Meditation”). Later he used the sample-based synthesizer Fairlight CMI to create nature sounds, bird calls and various orchestras to combine.

Back in the 70s Eberhard Schoener merged classical music with pop music and world music. He was one of the first German avantgarde-musicians who worked with musicians from all over the world and created the term “World Music” before it existed.
And he was the first German musicians who combined classical and rock with bands like Deep Purple or Procol Harum. (for example, on the albums “Sarabande” and “Windows”)

Eberhard Schoener worked with Sting, Andy Summers and Stewart Copeland for years before their international breakthrough as “Police”. (on the albums “Flash Back” and “Video Magic”) Mig-Music will re-release the complete works of Eberhard Schoener. As you would expect from us, of course, the highest standard is guaranteed: Remastered, in a lavish digipak with detailed liner notes and unpublished photos and bonus material, including rare DVD footage.

EBERHARD about “Trance-Formation”: “Back then, I was interested in creating kind of shifting musical layers, a means to let the chorus – almost canonical – come in at certain intervals, like in “Frame of Mind”, the first track on the LP.
This had an incredible effect. We had to be very technically clever, because computers did not exist at that time. So we made tape loops – some as long as 10 meters – and threaded them through the EMI-studio recording and each one had to be started at a fixed interval.
Technically speaking, this was a really crazy project and I believe, no record has ever been produced this way before. The whole studio looked like a maze. There were tapes all over the room, hanging on wall ledges or on broomsticks. When I had finished, the time difference of “Frame of Mind”, was caused by

the different starts of the tapes, I said to Andy, and Nippy Noya, the percussionist, “Forget about the beat, forget the tact! Play just as you feel. I want to have a complete obliteration of the bar.”
There should be a big bow – a phenomenon, as Celibidache would have called it – that generates a maelstrom.
In “Falling into a Trance”, I turned to the “Black & Decker” principle.
We named it the “Black & Decker” principle alluding to the advertisement in which the company name is pronounced in a furiously fast, choppy rhythm.
The Moog synthesizer had a sequencer. This sequencer allowed us to repeat certain melodies, thus causing the “Black & Decker” effect. There were many attempts needed before the computer generated sounds like this specific rattle. We were nominated for the” German Record Prize”, as the “Black & Decker” -principle was something completely new.
Later, when I visited a New York nightclub on Long Island, I heard some music and thought, “Oh, my God, I know that sound!”‘ I asked the DJ and then he said: “Munich sound”. I then bought that record, it was number one on the U.S. charts at that time.
When I returned to Germany, I asked my former technician Robert Wedel: “This, I heard in America, the current number one record on the U.S. charts. Did you pass this effect on to someone else?”. “Yes,” he answered, “to Giorgio Moroder. I didn’t know he wanted to use it for himself. Moroder, producer and composer, had added a woman’s voice to the track, I think it was Donna Summer.”
EBERHARD was aware only after some time, how far-reaching this reckless act by Robert Wedel was. He knew his engineer well enough to know that it was pure carelessness on Wedel’s part.
And with regret, he saw the royalties flowing to Los Angeles. In 1977 he tried in legal proceedings against the multiple Oscar- and Grammy-award winner to get his share out of his hit “I Feel Love”.
EBERHARD, completely inexperienced with the legal system, lost.
“Falling into a Trance” featured an irresistible magic, the music developing almost a maelstrom. This track was also produced in the EMI studio in Munich in the “Bürgerbräukeller” with its big hall, where Skat and “Schafkopf” (Bavarian card game) – took place in the evenings and by 11 clock the next morning, there were a lot of drunks in the place. It was a strange mood when we left the studio – this atmosphere of beer and drunks and us, trying to invent something new in an experimental field of music.
Stefanie Schoener. Taken from the book „Eberhard Schoener – Grenzen gibt es nicht“
© 2010 LangenMüller in der F.A. Herbig Verlagsbuchhandlung GmbH, München