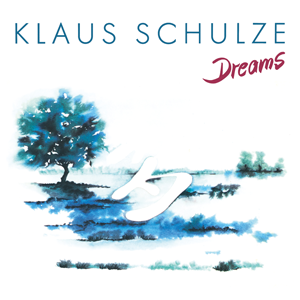 What Klaus Schulze is doing here right now has a great chance of becoming celebrated classical music in the future. (“Music Shop”/Germany, November 1986)

I first met Andreas Grosser when I bought some studio equipment for the recording of “Dreams.” At that time he worked for “Hausmann-Elektronik” in Berlin. It was through Andreas that I came to know a group that was called Alphaville, a band that I would later produce. Andy knew somebody – who knew somebody else – who was living around the corner. At some point I said, okay, let’s get all those musicians into the studio, we are going to do a little session – that’s how “Dreams” came into being. When other musicians are playing on my records you can always assume that these are people with whom I get along very well musically as well as personally. It wouldn’t be fun if it were different.“

MIG disclaimed to add further bonus tracks, due to the fact that the re-release from 2005 on “Revisited Record” had already a playtime of almost 80 Minutes.