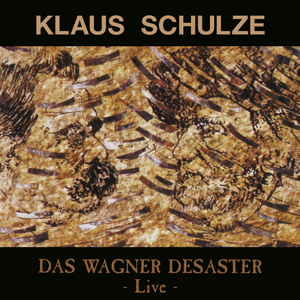 “The title of this album, „The Wagner Desaster“, has its origin in a concert that was given on the occasion of a Nietsche conference in Rome. Those who know a lot about music history and philosophy know that Friedrich Nietsche at some point turned again Richard Wagner and gave him a roasting. This was because Wagner had once told him to stop composing music as he wasn’t capable of doing it! Nietsche took this so personally that he was finished with Wagner. For Wagner, who had actually respected Nietsche, this was very much a real disaster!”

This double-CD contains two different mixes of concert recordings from Rome and Paris in 1994. The “Wild Mixes” are done by Andrè Zenou, who also designed the cover. The Soft-Mixes were by Klaus himself.

As bonus track we added the encore from the 1991 Schulze concert in Sevilla.