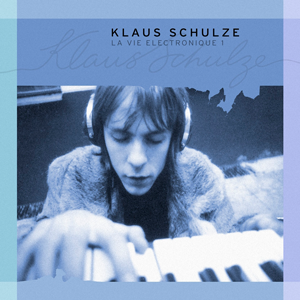 Klaus Schulze: „It all started about 40 years ago. I suppose you could call it an accident. In the years before, when I still went to school, I had some guitar training. And then I played acoustic guitar for about six years. Also I fooled around with the electric guitar, playing music of The Shadows or The Spotnicks. Then I started with drums. My brother was a drummer with a jazz band, so l thought that drumming would be more pleasant than playing guitar. After that l was drumming in the avantgarde/free rock trio PSY FREE, then Tangerine Dream, and in August 1970 l founded Ash Ra Tempel. One day I said to myself ‘Okay, lt‘s all pretty and normal music, but I want to do something special. I should change instruments.’

That was when I started with keyboards. I didn’t know anything about keyboards. I had an old, small, used, electric Teisco home organ. And I had my drumming experiences, and a few special ideas: a kind of dream that I couldn’t explain then, or now. So I started something new. A leap in the dark. “What started as an experiment (and still is) has increased to a giant sound cosmos over the years. On “La Vie Electronique” you have the chance to experience this progression with rare recordings that haven’t been released on the regular albums. “La Vie Electronique” first was published as a strictly limited 50 CD-Box and will be released now in chronological order in 3CD-sets including some material never released before.

This first set contains pieces, which have been recorded between 1969 and 1972 with very simple tools like the Teisco Organ – but with a big vision.

Klaus Schulze: “What I called E-Machines at this time were reverb, microphones, a little echo box and a Fender-guitar amp. I connected the amp to the mixing desk, but the output came back from the amp into the mixing desk. When you turned it up, there was a feedback of course, but when you used the “Tremolo-knob” of the Fender, the sound started to modulate. This way I created all the “chirpy” sounds which I later created with the VCS-3. Shortly after I finished the record, the thing was broken. Besides that, I had my Teisco-Organ, which already had a pitch wheel. I opened it and manipulated some cables. I had no idea of technique, but suddenly it sounded totally different. I liked that”