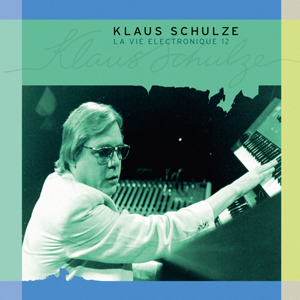 Part 12 of the required series of rare tracks of the German electronics pioneer!!

DISC 1: “Picasso…” is Klaus’ longest composition so far. Originally it were various 1992-’93 recordings for a film soundtrack, but the film producer could not pay for it and accordingly Klaus withdrew his collaboration and his music. For the Silver Edition release I put the music in logical order. It continues on the Disc 2.

The denomination of “Picasso geht spazieren” was “Picture Music in Three Movements” due to the fact that twenty years earlier Klaus invented the term “Picture Music” for one of his earliest albums. This description and name did still fit in 1993 …especially with the variety of sampling pictures you’ll hear while dear old “Picasso Takes a Walk”.

Words from the booklet of the original release: In terms of time, the history of Electronic Music is essentially limited to the twentieth century -in terms of a successful work inside this genre just to a handful. In terms of struggle for the new and unknown to a few, if not to just one. Though Klaus Schulze may not have the trained piano playing craft that other players outside his genre have, he gives, I think, far more poignancy, tenderness, and feeling, yes I dare to say: Soul. The truth of an artist is as simple as that: He puts his soul into his work.

DISC 3: The original tape of “The Music Box” had the working title “Meditation I” first. Klaus recorded it in 1993 and gave it for free to the “Guttemplers”, an institution that helps alcoholics. For the first release in Silver Edition I had given it the full title “The Music Box -Tongemälde in fis-moll” (Sound picture in F sharp minor). PS: Of course I had the famous movie in mind when I invented the title “The Music Box”, yes I speak of Laurel and Hardy’s only Oscar winning epos (the one with the piano up (and down) the many many steps). I did put some other Laurel and Hardy titles and references in Silver Edition. Not just KS believes that the two (and also W.C. Fields) were true geniuses, they put their souls into their work.