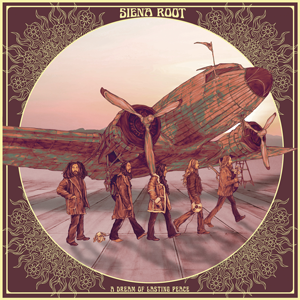 Siena Root came to life in Stockholm and is today considered one of the pioneering Swedish bands in root rock music. They persistently pulled through with releasing their first album on vinyl back in 2004, long before the retro trend had people carrying down their old turntables from the attic. The quest to bring out the beauty of analogue music production to the listeners continued. The live act came to be an uncompromising show, using all the heavy vintage equipment that most bands lack the strength and passion to carry along. Even a full size multi-track tape recorder was brought on tour during the recording of the live album. The immense dedication to do it all the way is what made Siena Root stand out from the bunch.

With a vast discography and a reputation of being an extraordinary live act, Siena Root is now releasing their seventh album. Driven by their passion for experiments with analog music production they went deep into the Swedish forest, where musical inspiration can only be distracted by the scent of magnetic tape. The result was as always; heavy drum grooves, solid bass riffs, screaming guitar/organ dogfights and powerhouse vocals. All working together in a classic, yet playful and dynamic interaction. But there’s more to it. This album was made as much for listening as for feeling, thinking and dreaming. A dream of lasting peace…

“Swedish Root Rock Experience” is the term the quintet SIENA ROOT uses to describe its music, and it is exactly this experience what makes the Swedes’ new album “A Dream Of Lasting Peace” so attractive for the listener: an uncompromising mixture of robust riffs, masterly solos, beautiful organ sounds, driving rhythms and last but not least the emotional vocals of their new singer Samuel Björö who is lifting the bands’ sound to the next level of quality. “Samuel joined us out of the deep woods of Sweden’s north”, the band declares on the occasion of his entrance one and a half years ago. “He is totally hell-bent on beginning this ride with us.”

For fifteen years in the bands’ history the Swedes have constantly been trying something new, changing their approach and experimenting a lot. This is how the band around founding members Sam Riffer and Love Forsberg explains the access to the ten new songs of the new album “A Dream Of Lasting Peace”. They cover the complete musical spectrum of the band without showing any consideration for genre conventions. “Creative standstill is a total taboo for us. What makes us special is the combination of being in the business for a very long time (+15 years) and yet trying out loads of different things. Maybe this has come naturally because of all the different line-ups throughout the years”, as the band says.

Siena Root was founded in the 90’s in Stockholm, as a trio at first, supplemented by ever-changing guest musicians. The bands’ first record “A New Day Dawning” was released in 2004 as a double album. Regularly followed by the studio albums “Kaleidoscope” (2006), “Far From The Sun” (2008) and “Different Realities” (2009). After a longer break which was sweetened by a double vinyl live album came the acclaimed “Pioneers” in 2014. Live performances are the definite lifeblood of the band. Their shows often evolve into wild improvised live sessions (to be heard especially on the live album “Root Jam” released in 2011) from where they draw the ideas for the studio work.

In the recording of “A Dream Of Lasting Peace” the quintet united all their experience that it had developed together during the last decades. “For us, it’s that all the elements of the album – lyrics, music, artwork etc. – blend into a wholeness. It feels very complete and so far we think it is the closest we’ve come to our ambitions of making a great rock album”, the band members explain. And for the first time, they succeeded in creating such a synthesis of art, “We seriously think we’ve outdone ourselves, we’re very proud and curious to hear the reactions from our fans!“

The working process did basically not differ from what Siena Root had tried with earlier records except one decisive premiere for the sound of the album: For the final recordings the band retreated for several weeks to the Silence studios in the Swedish Koppom, a “legendary location in the middle of nowhere”, where they were practically forced to only deal with music around the clock. Also, this time, quite unusual for Siena Root, the band went completely without guest musicians. In the isolation and out of team spirit they wanted to create their very own pure root rock sound.

The band had already been working on the new tracks for about half a year but as usual left the option open to include spontaneous studio jam sessions. Especially important it had been to convey the live atmosphere in the recording which they have achieved in an outstanding way.

Band mate (and former member) Martin who came along as a cook was a welcome distraction. He provided the musicians with two warm meals a day which at some point turned into real feasts offering a refreshing change to the intense sessions. No wonder that Siena Root describe the development of the album with culinary images: “In total we have worked at the songs 18 months. Several riffs might have been in our head before but basically we have started in 2015 and like with a good meal stirred from time to time. Slow cooking means tasty rock!”

For that the band used as usual solely analogue equipment. Only for the final transfer they were forced to go digital but not for the vinyl version: “So for your best sonic experience, make sure that you get the vinyl!” This is another tradition the band hold dear, as Siena Root swear by the black groove from the beginning of their career. In 2004, their debut album was already released in vinyl. The vinyl boom was still in the distant future and back then it was not so easy for a newcomer band to push such a costly release through.

The new album “A Dream Of Lasting Peace” has indeed become the most versatile in the career of Siena Root; the band is moving between harmony, experiment and love for improvisation. Both upfront released singles “Tales Of Independence” and “No Filters” prove that. The first impresses with its bone dry riff, throbbing Led Zeppelin drums, extrovert vocals and an irresistible hook line in duet with the organ by Erik Petersson. “No Filters” on the other hand is a driving rock piece, boosted by Matte Gustavsson’s expressive guitar. Jazzy moments like in the musically delicate instrumental “Imaginarium” find their place on the album alongside the psychedelic blues of “The Piper Won’t Let You Stay” or the epic track “The Echoes Unfold” which is giving you goose bumps and ends the album with a grand gesture. With their unbelievable range of various styles the ten tracks show the musical ingenuity of the band.

“A Dream Of Lasting Peace” will become a musical favourite dish for the listener with all its wisely selected ingredients, carefully seasoned by experienced musicians who have a perfect sense for the right moment when handmade root rock is ready to be served. 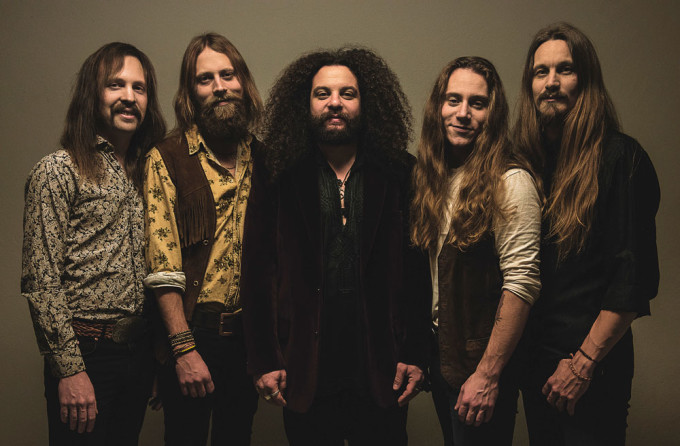 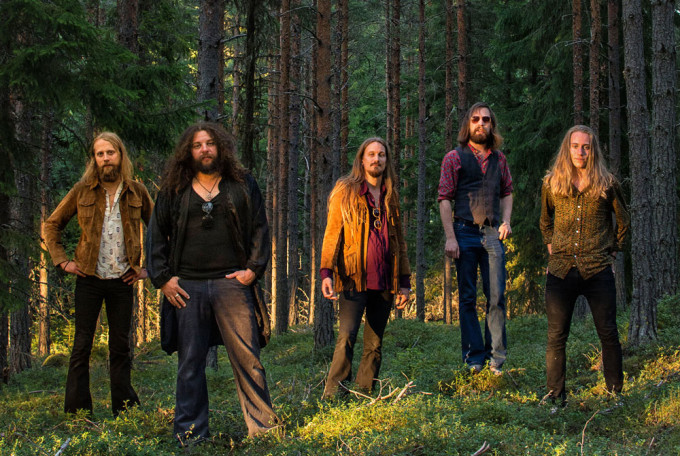 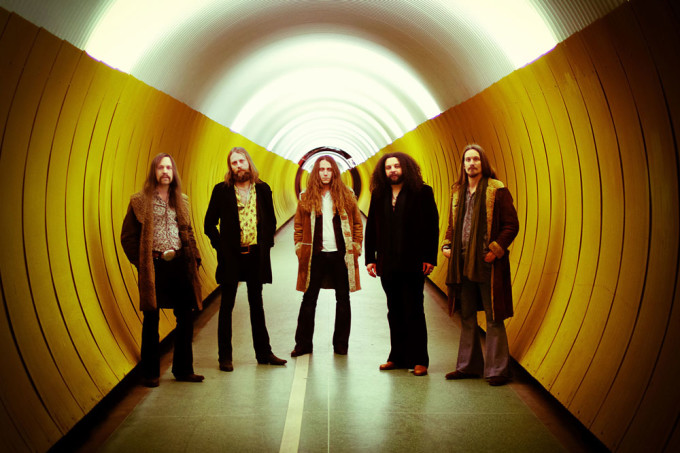 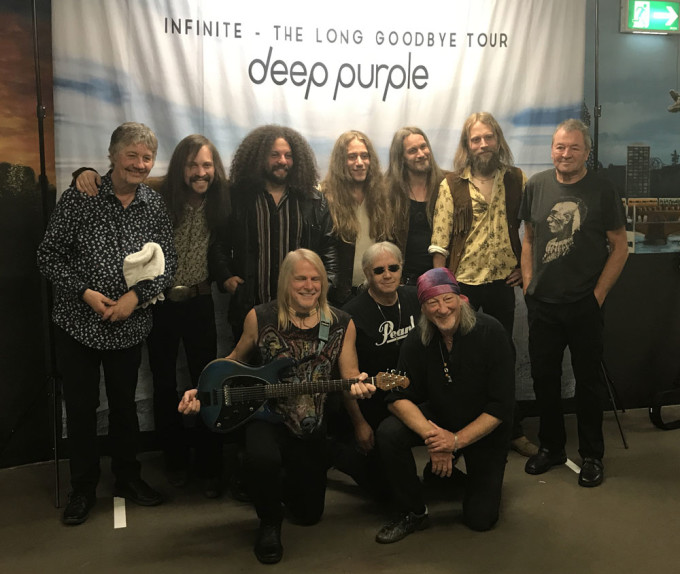