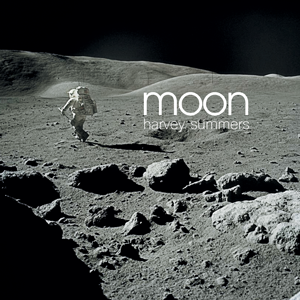 Harvey Summers is an award-winning composer, musician, producer and multi-instrumentalist best known for his instrumental solo albums, film and TV music (”Chilly Dog“, ”Doctor Who“, “The X-Factor“, ”American Idol“ a.m.m.). From his debut album, “Dream Spinning”, released in 1994, through his multi-million selling new-age albums for the Disky/EMI label to his forthcoming cinematic masterwork, “Moon”, Summers’ long and varied career spans more than three decades. His most recent works have been compared with the likes of Vangelis, Kitaro and Hans Zimmer. Always the sonic explorer, Summers is passionate about quality in music production (he is also an acclaimed mastering engineer), his breathtaking sonic landscapes seamlessly blend vintage electronics and ‘found’ instruments with his melodic and emotional orchestral compositions.

Summers saw the lockdown as an opportunity to set up another studio in his home, where he decided to write and record an album inspired by his lifelong interest in space and the moon landings. The result was ”Moon“, which is a stunning cinematic opus and a welcome return to the composer’s instrumental roots, showcasing for the first time outside of his film music, his orchestral writing and recently rekindled love of vintage electronics.