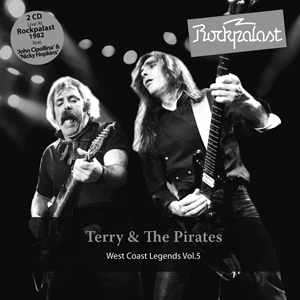 It’s going on twenty eight years since TERRY & THE PIRATES went on their whirlwind seventy two hour tour of Europe to play three gigs. Since that time both John Cipollina and Nicky Hopkins have passed away, and over the ensuing years with all of the hard rocking and partying that has transpired and considering just the passage of time alone, it may have left some the band’s memories a little hazy. I know if John was still around he’d probably be able to write a book about it, but since he’s not we’ll try to tell you the story as best we can.
The cold weather conditions of going to Germany in the dead of winter is not the most perfect setting for a bunch of musicians who were accustomed to the bright sunshine and idyllic hills of picturesque Marin County in Northern California; but when you live to play the music that you love, you really don’t have any choice, but to go and follow your muse.
Bill Belmont from Rag Baby Records helped set things up for Terry. It was December of 1982 when TERRY & THE PIRATES embarked on what is now jokingly referred to by the band as the “Torture Tour” and for good reason – it was grueling.
This tour was going to be a little strange because their guitarist Greg Douglass had prior tour commitments with the Greg Kihn Band and would be unable to be a part of it, so Terry Dolan, John Cipollina, David Hayes, Greg Elmore and Nicky Hopkins would have to go on without him.
The night before they were to leave for Germany their wives and girlfriends made sure to “keep the boys busy” until the wee wee hours to help ensure that they would behave themselves while on tour. No one is talking as to whether this tactic worked or not and maybe that’s a good thing, but the general consensus was if they weren’t traveling, getting a quick bite to eat, doing a sound check or playing a gig, they were trying to get a little shut eye in between.
The next day Thursday December 2nd began with an early morning wakeup call, then everybody piling in to the limousine for the ride to the airport. These were going to be some hard gigs for the PIRATES’ starting with an 8 hour flight to Kennedy airport in New York then a twelve hour flight from New York to Brussels, and after that it was a long arduous train ride to Amsterdam for their first show arriving dead tired on zero sleep.
The poster for this show on Saturday12/4/82 (errors and typos included) advertised it as; terry dolan (Doobie Bros) david hayes (Van Morrison band) nicky hopkins (ex Rolling Stones) john cippolina & greg elmore (ex Quicksilver s) and greg allman (Allman Bros). Did the promoter really not know who was going to be playing that night? It should go without saying that Gregg Allman was not there and has never been a member of TERRY & THE PIRATES either.
Terry Dolan – Our first gig was in Amsterdam on December 4th and it was hard on us because we didn’t have any sleep the night before and we gave them one helluva show and they gave us very little in response for all of our efforts. I thought Amsterdam audiences sucked and were lame; they just stood there and barley clapped. We didn’t know what to think of all this.
“The promoter was extremely excited by our performance and telling us how fantastic we were, and we told him that we weren’t sure because of the audiences’ lack of response to our music. He reassures us that we were great; and tells us how their audiences very rarely give anybody an encore, and how they gave us two”.
The band already exhausted by this time from their long trip and wired from playing “Rock-n-Roll” through their bodies until well after 2:00 AM had to be up at six in the morning. When they awoke to continue on their way they mutually concurred that this tour was murder and drove off to their next gig.
Of course border crossings for rock bands are always an ordeal and a lot of fun too…Not! If you want to know about this story you’ll have to ask Terry in person. Next they drove to Bonn Germany for their second gig on December 5th and TERRY & THE PIRATES got six encores that night and John would have played more had the band let him. They finally had to practically drag him off the stage, because they wanted to go back to the hotel and sleep before getting up the next morning to go play their third and final gig in Hamburg Germany the next day.

They arrived in Hamburg on Monday Dec 6 1982 and had a 12:00PM – 3:00PM load in, a sound check from 3:45PM -7:00PM, with their concert beginning at 9:00 PM and going until 1:00AM. TERRY & THE PIRATES played in a huge room and held the audience in the palm of their hands throughout the night. The band played an amazing and blazing set of pure adrenalin filled music for 100 minutes that just poured out of them, spilling on to the floor of the club and drenching everybody in its wake.
The German audience’s response to their music was overwhelming as they watched in delight and awe at the site of TERRY & THE PIRATES playing sixteen of their finest songs. This concert event was filmed and recorded for Rockpalast, a German Television program which aired it for years in Europe.
David Hayes – For the German TV show we were crammed onto a charter flight to Brussels. It was horrible. We were early for the train to Amsterdam so we went to a restaurant for breakfast and were refused service. I guess we were too scary for the owner. Nicky called him a “Fat Belgian Bastard” and we went to the train station and ate rolls.

We did a great gig in Holland and went on to Germany on a roll and after that nailed the TV show. Then we schlepped home. It was exhausting but fun, actually.

Greg Elmore – When I think back on these days I have nothing but fond memories of playing with TERRY & THE PIRATES, our gigs were always fun and full of surprises, and man could we play some kick ass “Rock-N-Roll”. When I listen back to our records I’m amazed and happy at how good they still sound after all this time and how great we played together.

“Terry Dolan is a great songwriter and playing with him, David Hayes, John Cipollina, and Greg Douglass were some of the best times of my life. Not only did we connect well on stage, but we were good friends off stage too.

“No matter what band I was in, be it Quicksilver Messenger Service, TERRY & THE PIRATES, Thunder & Lightning or Problem Child, I always enjoyed playing with John. The first time I went to Europe with John was with Nick Gravenites and that was a lot of fun. So when this opportunity arose to play in Europe with TERRY & THE PIRATES I wasn’t about to pass it up, especially given the chance to work with Nicky Hopkins again.

“I loved playing with Nicky and hadn’t worked with him since our days together in the Quicksilver Messenger Service and this short tour was bound to be an adventure of a lifetime and I wasn’t about to miss out on it for anything. I just wish that Greg Douglass would have been with us”.

“The tour went by in a blink of an eye and seeing how it was 28 years ago and only lasted for 3 days there’s not a lot to remember between the traveling, sleeping, eating and playing 3 gigs in a quick succession. I do remember that we had a ton of fun hanging out and playing some great music together and how much the fans loved every minute of it too, just as much as we did”.

Terry Dolan – By the end of the tour, especially after the Rockpalast show, it was all starting to take its toll on us. We had three gigs in three days straight, mostly without sleep and on top of it being jet lagged to shit. Not to mention having to put up with freezing weather, lousy transportation, and tiny hotel rooms with barely any heat. This only made us long even more for our comfy homes and loving families in the Bay Area who were anxiously awaiting our homecoming.
Aside from all the fun they had playing music over the last 72 hours, even amidst of all of the travails that they had endured while on the road; one boon to all of this was that TERRY & THE PIRATES already had sold out shows waiting for them upon their return. They took much delight from this fact and after a few days of rest they were back to being their old selves again playing some remarkable “Rock-N-Roll” in their usual TERRY & THE PIRATES style and fashion.
Mike Somavilla © September 2010 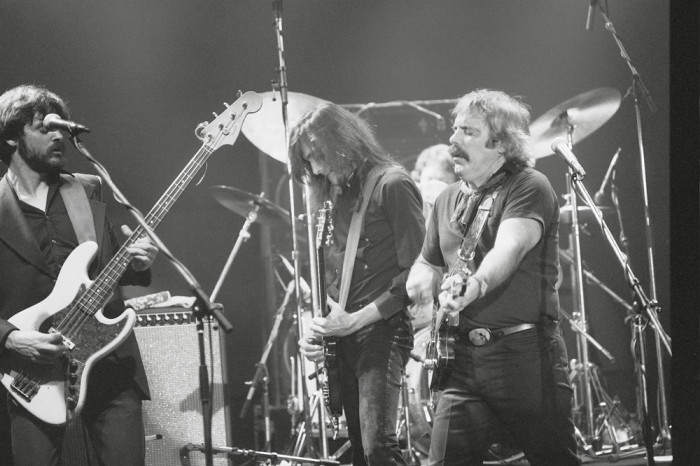 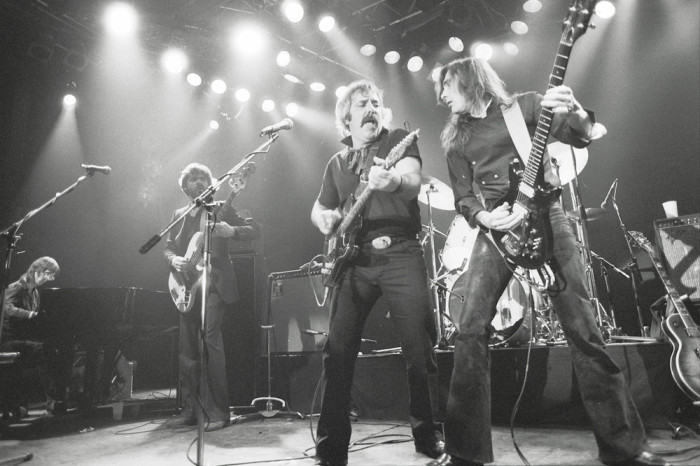 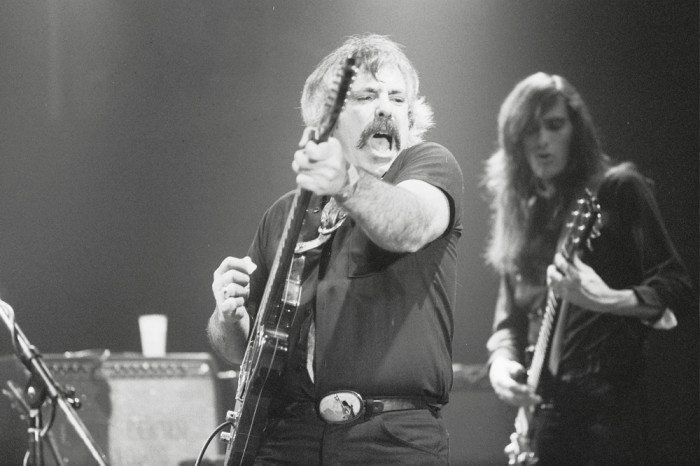 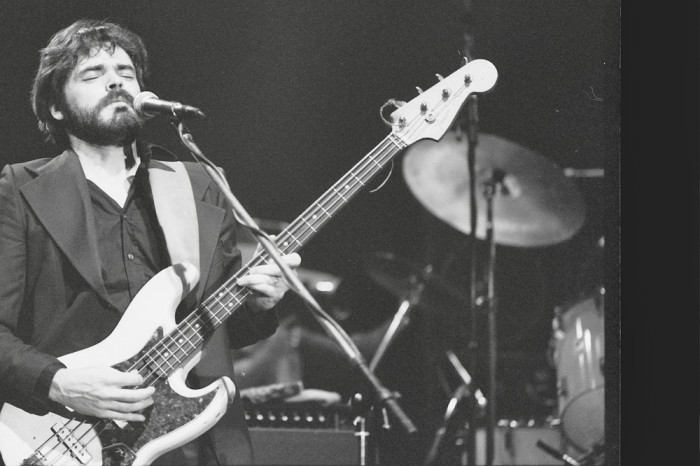