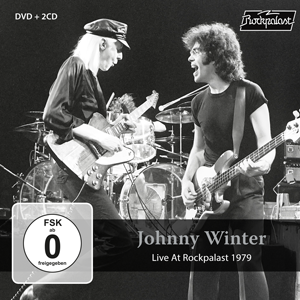 The definitive breakthrough for the Rockpalast came on the fourth night, from 21st to 22nd April: The Grugahalle in Essen – the traditional staging location at this point, and it remained so for the next ten years -was completely sold out for the first time (an audience of 10,000) – which also remained the case: The subsequent Rockpalast Nights were sold out even before the program was announced. The expectation that it would be good, regardless of the performers, was confirmed by the line-up in this fourth night. At prime time (News, Weather, Word for Sunday, Rockpalast) it was shown live again on the first TV channel and Europe-wide – from Italy to the North Cape – via Eurovision; the program only ended when the last note was played. No time limit was set; one could only guess when it would end. An “American Night”. It began with the J. Geils Band rhythm and blues; they wanted a “marching band” as introduction, and got it. They were followed by the Pattie Smith Group, who transported US to higher levels, and the concert culminated in blues music, which has influenced American music as no other has. In this night Johnny Winter, who had played at Woodstock, irrevocably established his name in Europe. He gave one of the most important concerts in the total 17 Rockpalast Nights (till 1986). He continued the blues trend of the Rockpalast, including the Johnnie Wells classic “Messin’ with the Kid”, which Rory Gallagher had opened the first Rockpalast Night with.

Johnny Winter arrived in Düsseldorf and immediately wanted to watch our Muddy Waters concert (1978) tape on the video recorder in my room. He was very short-sighted, due to his albinism, and sat about ten centimeters from the screen and watched the show from beginning to end in this position. He was fascinated by Muddy Waters and obviously very pleased with our recording. Johnny said, “If you managed so well with a seven-man band, then I don’t think we need to rehearse. We are only three men!” But this was not what the producer, Christian Wagner, had in mind, of course. We had allowed a whole day’s rehearsals each for Johnny and the other groups. We had agreed that Johnny would play for 80 minutes. But when he went on stage long after midnight, his tour manager asked me, “Can he play for two hours, too?” “O.K., let him”, I answered. We and the WDR were very flexible when it came to live programs on the first channel (ARD) at that time. We experienced all the power and flair of Johnny’s guitar playing in long solos. He concentrated solely on the blues. But later, when the audience needed more movement and wanted some rock’n’roll, he gave them what they wanted, e.g. “Johnny B. Goode” and “Jumping Jack Flash”. Patti Smith, who considered it an honour to be on a stage with Johnny Winter, stood in front of the stage with her clarinet in her hand. She wanted to jam. But Johnny was so absorbed in his own music and emotions that he did not notice.