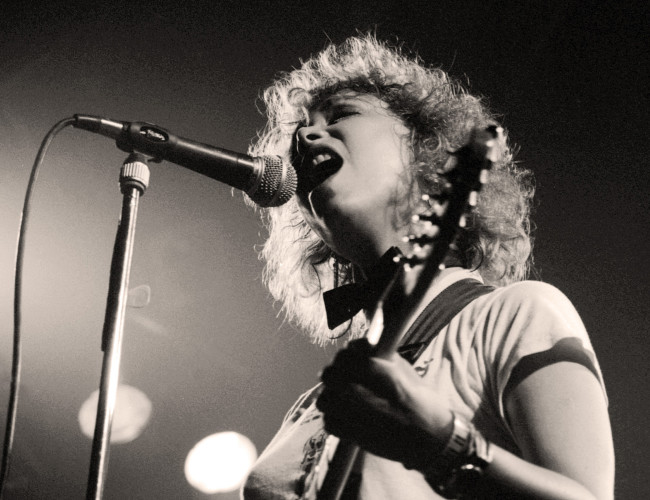 “Mas Hysteria” was the absolute high flyer in 1980. A live album in a blank LP sleeve with an amateur cover pasted on it to make it look like this was a bootleg. Only In Germany, “Mas Hysteria” sold more than 250,000 copies. The centerpiece of the album was a 12-minute, almost hypnotic version of “Sittin’ In The Dark,” which Carolyne had released a year earlier on her eponymous debut. As a native New Yorker, Mas was, like Patti Smith, a child of Manhattan’s legendary punk club CBGB’s, but never really caught on in the U.S., finding her success more in Canada and Europe. From 1989 to 1992, Carolyne Mas even lived in Germany for three years. Now Mas, who has been living in Arizona/US again for quite some time, is releasing her Radio Bremen concert, which was recorded on September 28, 1989, at the club “Modernes”, including a terrific extended version of “Sittin’ In The Dark” again.