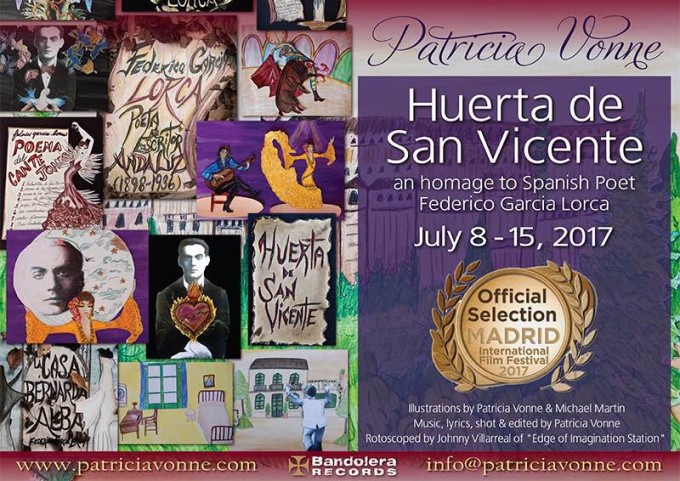 Patricia Vonne is a real multi-talent. She writes songs, sings, dances, acts and draws – and that in such a great way that she has already won several prizes. Recently, at the International Film Festival Madrid, her music video “Huerta de San Vicente” won the Best Animation award. That is the second time for this song! In 2009 the song featured on Vonne’s album “Firebird” and her Spanish compilation album “Viva Bandolera”, was the “Grand Prize” winner in the Latin category for the John Lennon Songwriting contest. In the song, Patricia Vonne pays homage to the Spanish poet Federico García Lorca. 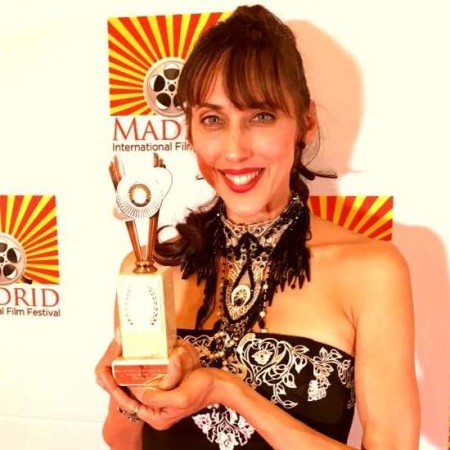 Of course, the singer whose grandmother hails from Spain is happy about the win, “I feel deeply grateful and honored to be recognized with this prestigious award.” The fine stop motion animation was inspired by Patricia’s visit to Huerta de San Vicente in Granada, Spain, García Lorca’s former summer residence where he wrote many of his works. During the guided tour the curator had picked up a poetry book from Lorca’s desk and had asked Vonne to read from it. The poem was “Despedida”. Lorca had written that when he died, his wish was to leave the balcony door open so he could see the Sierra mountains and the Alhambra Palace. But his wish did not become reality. Now considered one of the most influential Spanish poets of the 20th century, García Lorca was killed after the Spanish Civil War by the new fascist regime, General Franco’s men, on August 19, 1936. He had been on their Blacklist for his sympathy for the socialist party and his homosexuality. But his spirit lives on through his art, with an energy and spirit as palpable as Vonne’s own works. The experience had moved Patricia so much that she wrote this song.

In the meantime, Patricia Vonne has returned from her extensive European tour and is now in the studio to record her new studio album with producers Rick Del Castillo and Michael Ramos featuring co-writes with Alejandro Escovedo, Joe King Carrasco & Willie Nile, among others.

Like Patricia herself stems Alejandro Escovedo from an exceedingly creative family and has made his marks in the music business: He is the brother of former Santana drummer Pete Escovedo and thus the uncle of Sheila Escovedo, better known as Sheila E. He played in the punk band The Nuns, with Rank and File, True Believers and solo. Later he worked with Chuck Prophet among others. We are excited. The release is planned for spring 2018.