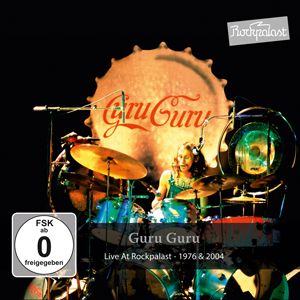 1976, with six albums and eight years after being founded the German Krautrock legend Guru Guru was the first German band to be invited to play at Rockpalast.

Guru Guru with their outstanding drummer Mani Neumeier have always been considered the perfect hippie band. Every festival of alternative music from Burg Herzberg to Finkenbach was their playground.

Hence, this Rockpalast with two Rockpalast shows from 1976 and 2004 is also a document of Germany’s music history.

Guru Guru presents a wild mixture of rock, jazz and horseplay combined with rhythms of bossa nova or tango. Our special recommendation!

Since 1968 up to this day Guru Guru is still live “on the road” throughout the world.

Summer of 1976. The young German left found itself in a state of shock: Ulrike Meinhof, co-founder of the Baader-Meinhof Gang, had hanged herself in her cell at Stuttgart-Stammheim Prison on 9 May. A temporary low-point in a political drama which ruled Germany in the 1970s and also left its mark on culture and rock music. Guru Guru, founded in August 1968, originally saw themselves as part of the student movement, needling the moral concepts of the conservative middle class with public manifestations of philosophies such as “A spliff a day keeps the doctor away” and enjoyed a dubious reputation as marihuana smokers. Or, as guitarist Roland Schaeffer unambiguously put it during a Rockpalast performance on 6 June 1976: “A bit of weed is all you need.”
Guru Guru, introduced by band leader Mani Neumeier as “Germany’s most practical rock group” at the beginning of the show at Cologne’s Studio L, was the first German act to be invited by the TV channel, WDR, to play a Rockpalast show. “I want people to throw their shoes and underpants into the air out of sheer fun, to completely lose their inhibitions,” Neumeier explained on the occasion of the release of the Guru Guru’s studio album Tango Fango in an interview with Sounds magazine, adding: “It would be ideal if people really went bananas. I used to want to be a revolutionary or whatever, now my only aim is to be a good entertainer.”

Tango Fango was the first Guru Guru album which saw Mani Neumeier no longer rely on his previous trio concept. As early as the end of 1974, he self-critically admitted that Guru Guru had – probably out of habit – stuck too long with their three-piece line-up. Following the release of Dance Of The Flames and internal differences, he disbanded the trio in 1974, bringing out initially with a number of musical buddies the solo recording Mani und seine Freunde and putting together a new Guru Guru line-up in May 1975 with former Brainstorm multi-instrumentalist Roland Schaeffer, guitarist Sepp Jandrisits and erstwhile Kollektiv bassist Jogi Karpenkiel. Neumeier’s vision: “The one-sidedness of the trio is a thing of the past; our range now includes anything from calypso to yodelling.” As a result, the Rockpalast recording consists of a colourful mix of rock, jazz and slapstick featuring diverse rhythms such as bossa nova, tango and more.

Almost thirty years later, on 21 December 2004, Guru Guru were invited to play another Rockpalast concert at the Harmonie in Bonn. In the meantime, Guru Guru had witnessed some dramatic historical events, none of which changed the band’s wonderfully anarchistic and colourful working ethos. Neumeier and guitarist Roland Schaeffer are still part of the team, and bassist Peter Kühmstedt and guitarist Luigi Archetti have also been long-standing Guru Guru members. It was a night which combined nostalgia and contemporary sounds – a typical Guru Guru night! 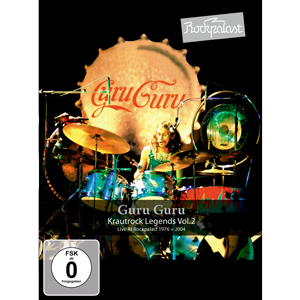 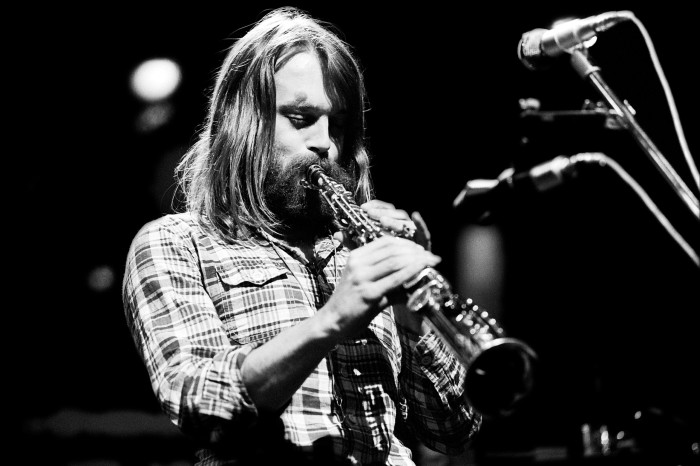 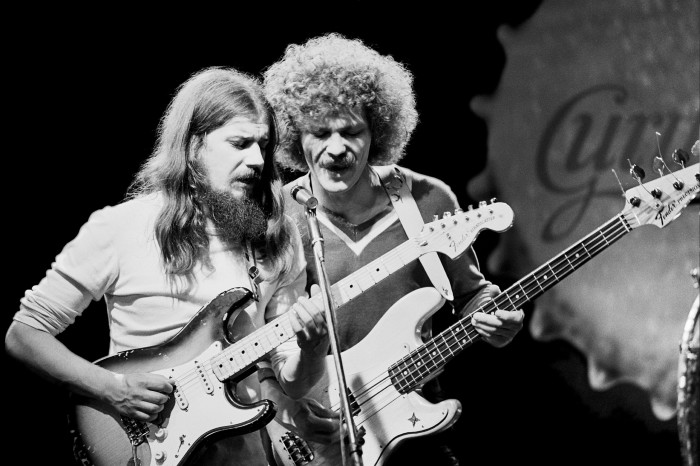 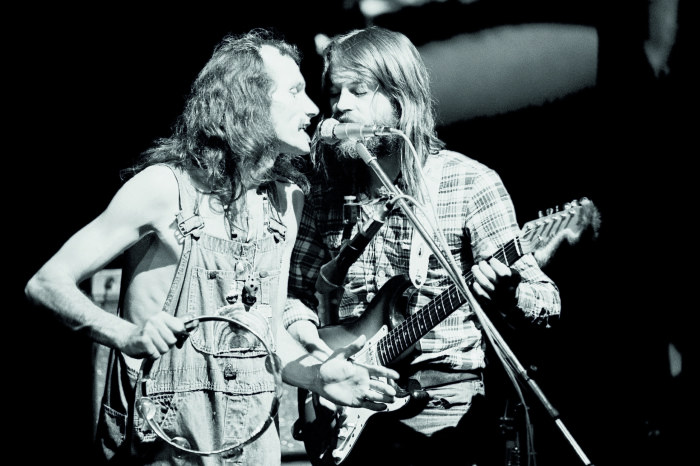 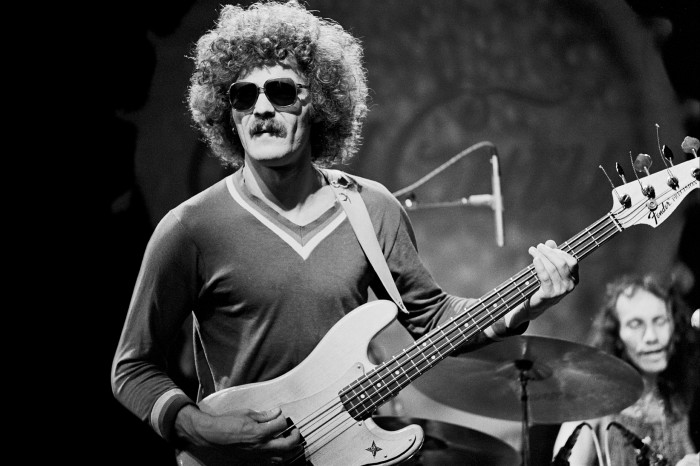 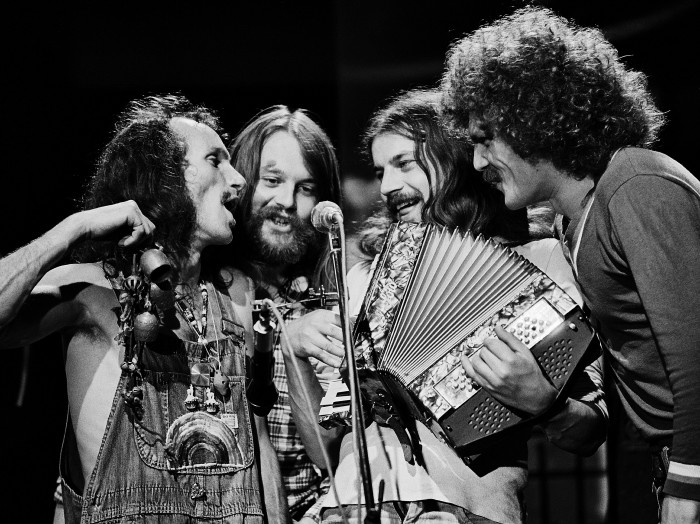 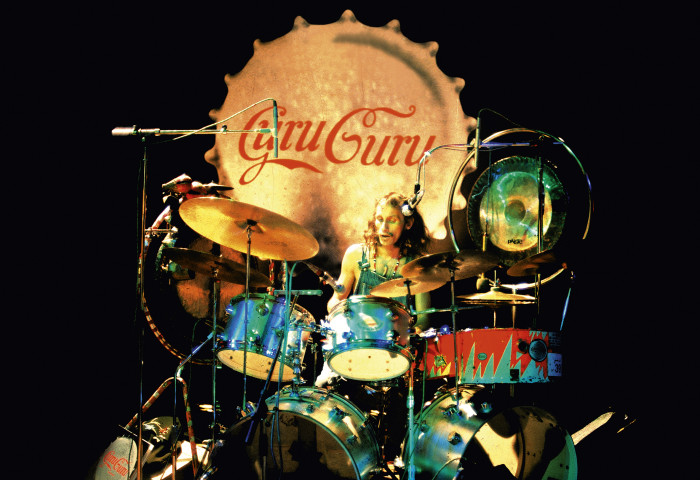