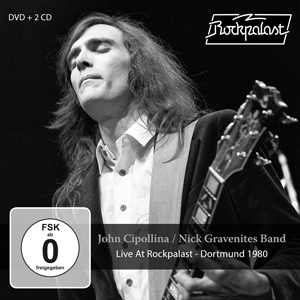 John Cipollina (1943-1989) made American Rock History as a co-founder of Quicksilver Messenger Service and Copperhead. A typical “Jam Area” musician, he played in a number of other bands, among them Terry And The Pirates, and worked with Huey Lewis and Robert Hunter (“Dark Star”), a member of the Grateful Dead who never joined the band on stage. And with Nick Gravenites: born in Chicago in 1938 and influenced by Muddy Waters, Buddy Guy and Howlin’ Wolf and a friend of the great Paul Butterfield, he took the Chicago Blues roots west. He also produced the first album of Quicksilver Messenger Service. Together with Mike Bloomfield, he founded Electric Flag, who with their mélange of blues, rock, soul, country and jazz – practically an all-American mix – delivered their debut performance at the Montery Pop Festival  in June 1967, helping to kickstart the flower power  hippie era. A few years later, Nick Gravenites joined Janis Joplin’s former backing group Big Brother And The Holding Company. The openness of the Bay Area music scene was on par with Rockpalast credos: “I always tried to get the musicians together on stage for a final jam session – sometimes with success” (Peter Ruechel, Rockpalast).