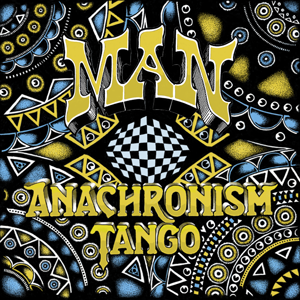 With a population of approximately three million people, Wales is not necessarily one of the most populous countries on earth. Wales is not even the most populous country in the UK. Nevertheless, Wales has a diverse and successful music scene and has produced a number of internationally acclaimed stars over the past decades, such as “Tiger Tom” Jones, Bonnie Tyler, John Cale, Shakin’ Stevens or bands like Manic Street Preachers, Feeder; Stereophonics, Racing Cars and Man, only to name but a few.

MAN from Merthyr Tydfil are probably the most senior band from Wales at the moment. Founded in 1968 from the members of the rockgroup The Bystanders, MAN developed a very independently mixture of progressive and psychedelic rock, blues and elements of US Westcoast rock. Live, MAN was/is known for their excessive jams in the spirit of US colleagues like the Grateful Dead or the Allman Brothers. After a series of very successful LPs, MAN split up in 1977 due to differences of opinions about their musical focus. During their farewell tour through the USA, Europe and North Africa, the album “All’s Well That Ends Well” was recorded.

In 1983, MAN reunited with Deke Leonard, Martin Ace, Micky Jones and ex-Gentle Giant drummer John Weathers. The album “Friday 13th” was released in the same year. Another reformation took place in 1992 with Ace, Jones, Leonard and Weathers and the release of the album “Twang Dynasty”.

Since then MAN have been touring regularly and releasing new albums as well. Further personnel changes bring on the second generation of musicians to MAN in the coming years. So in 2021 bassist Martin Ace and his son Josh are the driving forces of the band.