The squintaloo – In the sign of the wrathful OMA 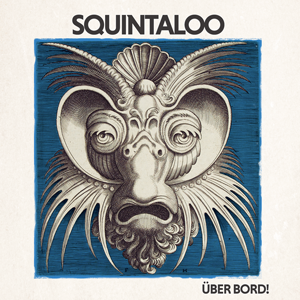 What is this squintaloo? He stands under the rule of a mysterious, extremely powerful, dark and often furious OMA. The squintaloo is under her spell, she steers his actions. His task is to come up with music for the entertainment of OMA. If he does not comply, the anger of the OMA will come upon the squintaloo and he needs to repent.
She is very demanding and does not allow any tooling. She knows all the notes! If someone plays the wrong note he will be punished. If a member of squintaloo does not meet OMA’s particular demands he will be sorted out rigidly.
To paint or even publish an image of the OMA is strictly prohibited to the squintaloo and hardly possible. Since the OMA can be everything and nothing specific after all. Others have tried again and again to capture the shape of the OMA figuratively.

Here a woodcut from the year 1725 addressing the furious reign of the OMA over the squintaloo. 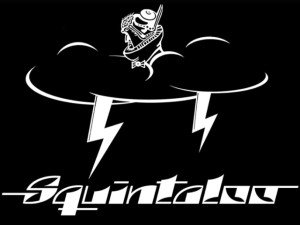