When Paul Young entered the stage of the Grugahalle in Essen with his band The Royal Family on 30 March 1985, he was at the height of his career and the most successful British pop star of his time. His album “No Parlez” had broken all sales records, the follow-up album “The Secret Of Association” was about to start at END_OF_DOCUMENT_TOKEN_TO_BE_REPLACED

The Rockpalast was still in its infancy when the British band STARRY EYED & LAUGHING entered the stage of the Cologne WDR studio L on 24 February 1976. Only a handful of bands like the Streetwalkers, Man, Procol Harum, the Climax Bluesband or Alexis Korner had the honour to perform live in the Cologne studios and later to be broadcasted END_OF_DOCUMENT_TOKEN_TO_BE_REPLACED

The death of Peter Rüchel is a great loss for the entire German music scene. He was without doubt, together with Christian Wagner, the forefather of the music format Rockpalast and with his decisions had an enormous influence on the development of the music scene not only in Germany, but in many European countries.

From 1976 onwards, Rockpalast’s artistic selection not only brought the END_OF_DOCUMENT_TOKEN_TO_BE_REPLACED

DICKEY BETTS & GREAT SOUTHERN:
When Dickey Betts entered the stage on the END_OF_DOCUMENT_TOKEN_TO_BE_REPLACED 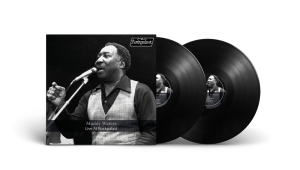 The Blues Blast Magazine has announced the nominees for the 2018 Blues Blast Award.
Muddy Waters’ “Live At Rockpalast” is nominated for two categories:
– Live Blues Recording
– Historical or Vintage Recording

That’s amazing but winning would be even better. So go vote!
Voting is open to anyone who is subscribed to the Blues Blast Magazine (subscription is free) from the END_OF_DOCUMENT_TOKEN_TO_BE_REPLACED